Oil companies have historically been strong dividend stocks. Here are the top picks for 2022 to consider adding to your portfolio.

For investors prospecting the market for oil dividend stocks, deciding which of the dozens of energy stocks that are also dividend stocks can be daunting. But it's not a pointless endeavor. Making a sound choice can help investors to sit back and enjoy watching portfolios become energized with a stream of passive income.

Although oil stocks have long been a prosperous choice for investors, increasing calls for the adoption of renewable energy may suggest that oil companies -- and oil stocks -- will soon be doomed. That conclusion, however, seems highly unlikely. Instead of renewable energy completely dominating the energy landscape in the future, the more likely scenario is that companies that deal in oil will continue to play an important role -- especially since petroleum is a product that's found in a variety of agricultural, pharmaceutical, and cosmetic products. 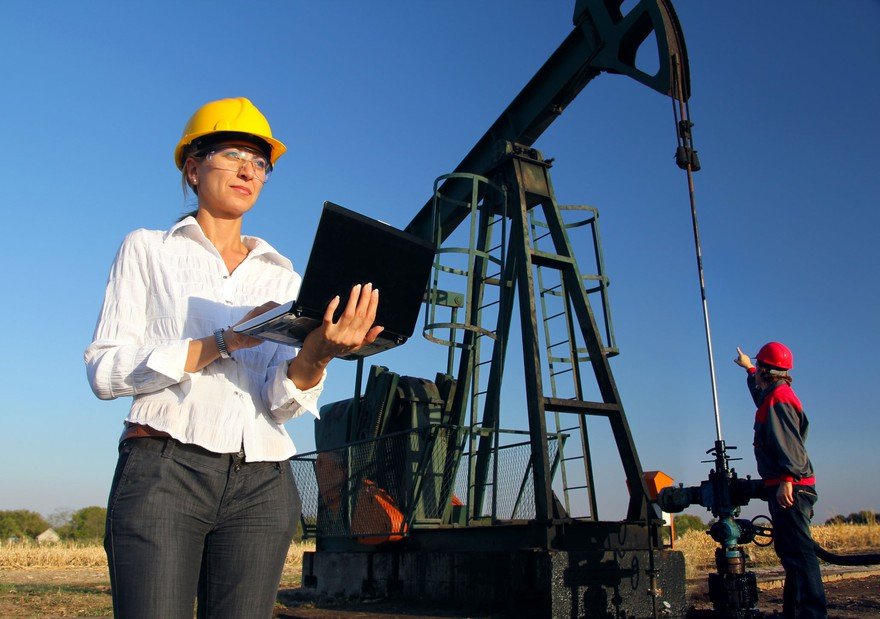 There are many options available to investors, but there's no need to burn the midnight oil looking for the most compelling choices. Let's take a look at the top five choices.

An oil supermajor, Chevron is one of the largest oil companies in the world. The reach of its integrated operations extends into multiple aspects of the oil industry. Chevron forecasts increasing production at a compound annual growth rate (CAGR) of 3% over the next five years. According to management, this projected growth is attributable to the company's assets in Kazakhstan and the Permian Basin. Chevron's downstream and chemicals business is expected to grow over the next five years as well. Based in part on the projected rise in demand -- at a 3% CAGR -- for polyethylene over the next five years, Chevron expects to boost its adjusted return on capital employed for its downstream and chemicals business to about 18%, an increase from the average annual return of 15% posted between 2014 and 2019.

Traded on the New York Stock Exchange for more than a century, Chevron -- now the only energy stock in the Dow Jones Industrial Average -- has a long history as a publicly traded company, a history that is even more impressive in light of the past few decades. For 36 consecutive years, Chevron has increased its dividend, helping it to achieve status as a Dividend Aristocrat. And its dividend growth may very well continue to rise in the near future. Management has said it expects to increase its distribution to shareholders over the next five years if the price of Brent crude oil averages more than $50 per barrel.

Founded in 1985, EOG Resources has developed into one of the biggest exploration and production (E&P) companies. Although the company has assets in Australia and the Caribbean, EOG's properties in the U.S. -- in the Rocky Mountains, Permian Basin, and South Texas -- are predominantly responsible for the company's oil production. Presumably, its many untapped resources will be a source of continuing production. The company reports it has about 11,500 net undrilled premium locations, suggesting that EOG has plenty of opportunities to extract oil from the ground.

One of the most appealing aspects of EOG Resources is its formidable balance sheet. E&P companies often carry significant amounts of debt on their balance sheets; EOG Resources ended 2021 with a net cash position of $100 million, which should appeal to conservative investors. Proving to be adept at managing its capital, EOG has also demonstrated a commitment to returning cash to shareholders. From 2012 to 2021, the company raised its dividend at a 19% CAGR. Between its track record of rewarding investors and a history of generating strong free cash flow -- it has averaged annual free cash flow that's 12% of revenue over the past five years -- EOG Resources is an oil dividend stock worth digging into.

Operating conventional oil and gas assets around the world, ExxonMobil estimates that it produces 1.3 million net oil-equivalent barrels daily. But there's much more than conventional assets to the company's upstream business: It also operates unconventional, deepwater, heavy oil, and liquefied natural gas (LNG) assets. The supermajor has operations in 39 countries and achieves daily net oil and gas production of about 4 million oil-equivalent barrels. Dedicated to the manufacturing, trading, and selling of petroleum products, the downstream business also has a global presence. ExxonMobil's combined refining capacity for its assets in North America, Europe, Asia Pacific, and the Middle East totaled about 4.6 million barrels per day in 2021.

Like Chevron, ExxonMobil is a Dividend Aristocrat that has demonstrated a long commitment -- 39 consecutive years -- to increasing the capital it returns to shareholders by way of a dividend. In 2021, ExxonMobil made a concerted effort to strengthen its balance sheet. Reducing its total debt by $20 billion, ExxonMobil ended 2021 with a debt-to-capital ratio (which represents how much debt comprised the company's total capital) of 21.4% -- notably lower than the 29.2% ratio it had at the end of 2020. With a more robust balance sheet, the company is in a more secure position to continue its streak of raising the dividend.

The largest energy infrastructure company in the S&P 500, Kinder Morgan is one of the more recognizable names among midstream companies. As the self-proclaimed "largest independent transporter of petroleum products in North America," Kinder Morgan estimates that it transports 2.4 million barrels of gasoline, jet fuel, diesel, natural gas liquids and condensate daily through an expansive 83,000-mile network located throughout North America. In addition, Kinder Morgan operates 65 liquids terminals that store fuels and offer blending services for ethanol and biofuels. Of the $1.4 billion in total capital committed to projects in its backlog at the end of 2021, Kinder Morgan had allocated $111 million for its pipeline business.

When surveying the energy landscape for interesting oil dividend stocks, it's not uncommon to find companies risking their financial well-being to satisfy shareholders with lofty dividends. But that's hardly the case with Kinder Morgan. Over the past six years, the company has self-funded its capital expenditures and dividends. To put the security of the dividend in perspective, consider the fact that Kinder Morgan has paid an average annual dividend of $0.86 per share over the past five years, and, during the same period, it has generated free cash flow per share of $1.15.

While Phillips 66 isn't involved with E&P, the company has a notable presence in various other aspects of the oil industry. The company's midstream business consists of 22,000 miles of pipeline mostly located in the U.S. The company also operates 12 refineries, which have a daily crude throughput capacity of about 2 million barrels in the U.S. and Europe. Phillips 66 refines crude oil as well as other feedstocks into gasoline, distillates, and aviation fuels. Rounding out the company's downstream business, Phillips 66 markets gasoline, diesel, and aviation fuel through 7,110 independently owned outlets in 48 states, plus 1,700 branded international outlets.

Since it was spun off from ConocoPhillips, Phillips 66 has been consistently rewarding shareholders with a dividend. From the time it debuted on the public markets in May 2012 through the end of 2021, Phillips 66 has increased its dividend at an 18% CAGR. Continuing to return capital to shareholders by way of the dividend doesn't seem like it will fall out of management favor anytime soon. On the company's fourth-quarter 2021 conference call, CFO Kevin Mitchell addressed its "capital allocation framework [of] 60% reinvestment in the business, 40% cash returns to shareholders between the dividend and buybacks over an extended time period ..."

While the oil industry is changing its focus, it's still crucial to the global economy.

The oil and gas we consume gets around thanks to these companies.

Are Oil and Gas Stocks a Smart Investment?

So are oil and gas stocks good long-term investments? We dig in.

How to Invest in Oil Stocks

Oil isn't the no-brainer investment it used to be. Learn the best way to invest in this sector.

There's no secret formula to identifying the best oil dividend stocks, but there are certainly some things that should be on prospective investors' radars, including the company's balance sheet, its ability to generate cash, and its performance history. A company may sport a high dividend yield, but if it's not in good financial health, that alluring dividend may not be around for long. With the above-mentioned companies, however, investors hunting for oil dividends to power their portfolios don't need to worry much.