Please ensure Javascript is enabled for purposes of website accessibility
Log In Help Join The Motley Fool
Free Article Join Over 1 Million Premium Members And Get More In-Depth Stock Guidance and Research
By Kailey Hagen – Aug 15, 2020 at 11:46AM

Many millennials don't think they'll get any money from Social Security. Are they right?

Concerns about Social Security's future are not new, but they've been amplified by the COVID-19 pandemic, which has left millions unemployed and no longer paying the Social Security taxes the program depends upon. Retirees and working adults are both worried about the program running out of money in their lifetimes as younger workers remain especially skeptical of the program's longevity.

Approximately 44% of millennials don't believe they'll get a dime from Social Security, according to a Nationwide survey. The program's future doesn't look good from where we're standing now, but it's probably not that dire. Here's what we can infer about the future of Social Security based on the information we have now. 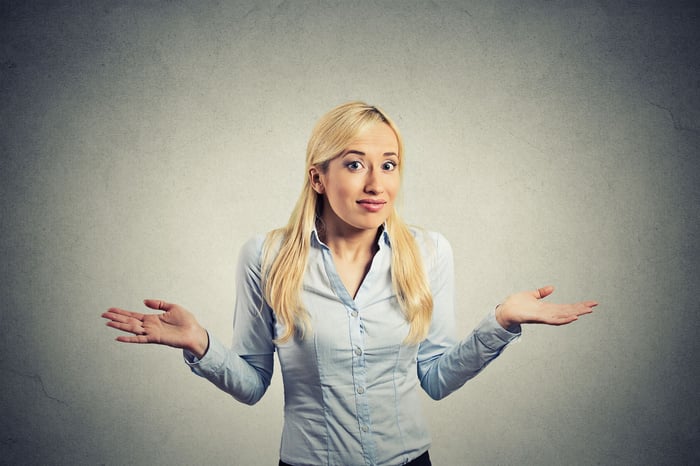 Social Security has been in trouble for a while due to rising life expectancies and a declining birth rate, which has led to fewer workers funding a program that provides income for an ever-growing population of retirees. If Social Security continues along this track, it'll eventually reach a point where it will be unable to pay out full benefits to everyone who qualifies for them.

The latest Social Security Trustees' Report put that point at about 2035, but the report was released prior to the COVID-19 pandemic so it's possible this date will get moved up in light of the toll the pandemic has taken on American workers and the Social Security tax the program depends upon.

The good news is the latest Trustees' Report predicted that even after the Social Security trust funds are depleted in 2035, it would still be able to pay approximately 76% of scheduled benefits until 2090. Again, this date may not be entirely accurate anymore due to the pandemic, but it suggests that Social Security will still be able to continue on in some capacity even once the trust funds are depleted.

Benefit cuts are possible, but the government may come up with an alternate solution to ensure the sustainability of the program for generations to come. Politicians have already proposed several ideas, including raising the Social Security tax rate, raising the full retirement age (FRA), and raising the ceiling on income subject to Social Security taxes. It hasn't decided on anything yet, but you'll probably get something from the program. It just may not go as far as it does today. So you'll need a lot of personal savings to cover the bulk of your expenses.

How to save more money for your retirement

Saving for retirement is challenging, especially now, but it's important to do your best and get in the habit of setting aside money every month if you're able to. When things return to normal, try to save at least as much as your retirement plan recommends. You may have to create a new retirement plan if you've been unable to save any money for an extended period of time.

If you're struggling to come up with the cash you need, look for areas where you can cut back spending and explore opportunities to increase your income. This could mean requesting a raise at your existing job or seeing if there's a better-paying opportunity with another company.

You might also have to rethink your retirement plan. Delaying retirement isn't ideal, but it's better than running out of money prematurely. It's also a great way to shore up your retirement savings quickly because it gives you more time to save while reducing the number of years of savings you need.

Social Security will most likely provide you with some money in retirement. You can estimate how much you'll get from the program by creating a my Social Security account. If you're worried about benefit cuts, plan for a little less than what the benefits calculator estimates you'll receive. Then, come up with a plan to save for the remainder of your retirement expenses on your own.

The best way to stay on track is to check in with yourself at least annually and any time you experience a major job or lifestyle change that could affect your finances. If you're a little behind, you can hopefully make a few small changes to get yourself back on course so you can retire comfortably when you're ready.