Please ensure Javascript is enabled for purposes of website accessibility
Log In Help Join The Motley Fool
Free Article Join Over 1 Million Premium Members And Get More In-Depth Stock Guidance and Research
By Jon Quast – Aug 18, 2020 at 10:47AM

Kohl's survived the second quarter, but sales aren't simply snapping back to normal.

Shares of Kohl's (KSS -4.34%) got crushed on Tuesday, after the company reported results for the second quarter of 2020. After the initial report, the stock was up modestly. But once it held its conference call to discuss its quarterly results, the stock began to fall. 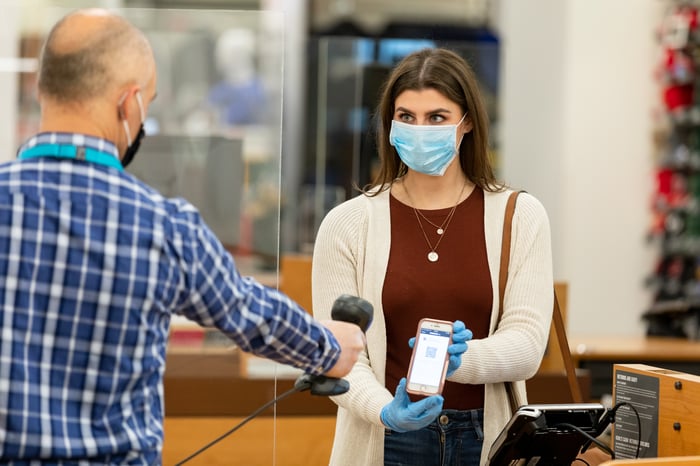 Kohl's had a rough Q2 with all of its locations closed for at least some of the quarter. Still, the company reported top- and bottom-line results ahead of analysts' expectations. Revenue was "only" down 23% year over year to $3.4 billion. Considering it had 25% fewer operating days than last year, this was actually relatively strong.

Furthermore, Kohl's reported free cash flow of $196 million, compared to just $67 million in the second quarter last year. This also appears positive on the surface. But investors should consider its free cash flow simply resulted from spending less. Specifically, it didn't quickly replenish inventory; inventory was down 26% year over year. It also completed a sales-leaseback transaction, giving the mid-cap company an infusion of cash.

Kohl's demonstrated discipline by spending less than it made. But celebrating this kind of free cash flow is different from when a company's margin is expanding.

All told, Kohl's survived the quarter and investors likely expected the worst to be behind it, which is why shares were initially rising pre-market. However, in the earnings call, management said new coronavirus cases impacted sales in July. Back-to-school sales were also down in July, since parents weren't 100% sure what back-to-school would look like.

Kohl's management said sales have stabilized around 75% of their typical volume, and it expects demand to remain lower for the remainder of 2020. While today's sell-off could be an overreaction, it's not surprising to see investors less than enthusiastic on that outlook.