Please ensure Javascript is enabled for purposes of website accessibility
Log In Help Join The Motley Fool
Free Article Join Over 1 Million Premium Members And Get More In-Depth Stock Guidance and Research
By Will Healy – Aug 19, 2020 at 11:10AM

A comparison of the two fast-food giants.

Depending on how you measure it, McDonald's (MCD -0.77%) and Starbucks (SBUX -0.90%) are two of the three largest fast-food chains in the world (Subway is the other one). Having long ago reached a saturation point in the U.S., the two chains have moved on to grow profits in foreign markets.

But despite their similarities, they are fundamentally different businesses. Let's compare them to see which might offer the potential for higher shareholder returns.

McDonald's is somewhat ahead of Starbucks in expansion. It operates about 38,700 restaurants in 119 countries. That might leave investors wondering where else McDonald's can go. However, scaled-back plans still call for 350 net restaurant additions this year.

Starbucks boasts more than 30,000 locations in 80 markets. Still, as Starbucks pushes into China, and maybe India and other large markets, it might hold more growth potential. Despite the pandemic, the company added almost 100 net additional stores in China in the previous quarter alone. 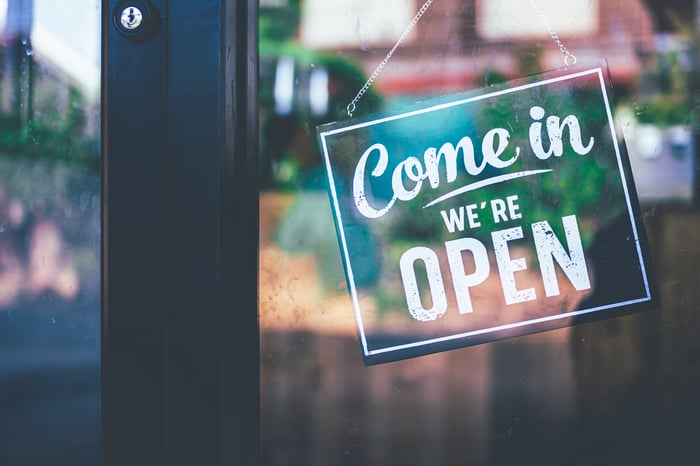 Moreover, McDonald's considers control of real estate essential. Hence, it makes most of its money by property leases, franchise fees, and royalties based on a percentage of sales. This makes the company's revenue less dependent on store sales, which likely cushioned the negative impact of COVID-19. McDonald's also kept more than 99% of its restaurants open for drive-thru and, in many cases, carry-out.

This stands in contrast to Starbucks, which operates company-owned stores in most cases. Hence, it depends more directly on store traffic. For this reason, Starbucks has suffered significantly more than McDonald's during the pandemic. The fact that U.S. locations without a drive-thru closed for a few weeks worsened the pain. Still, more than 85% of company-owned Starbucks locations in the U.S. had reopened by May 9.

Comparable-store sales for McDonald's fell by 23.9% from the year-ago quarter. Diluted earnings fell to $0.65 per share, down 67% over the same period last year.

In contrast, Starbucks saw its global comps fall by 40% year over year in the most recent quarter. That resulted in a loss of $0.58 per diluted share, a drop of almost 152%.

Still, McDonald's has become a more expensive stock. As of Wednesday morning, it trades at a forward P/E ratio of about 35, versus an approximate forward multiple of 29 for Starbucks. Interestingly, Starbucks maintained a higher average forward P/E ratio over the last five years.

One area less likely to see a reduction is the dividend. Here, McDonald's may have a slight edge. Its payout has risen every year since dividend payments began in 1976. At $6 per share in annual dividends, it yields approximately 2.4%.

Starbucks began its payouts in 2010. Its dividend has also increased annually since that time. At a current dividend of $1.64 per share, new shareholders earn a yield of around 2.1%.

Nonetheless, COVID-19 has called the payouts of both companies into question. McDonald's has reached a dividend payout ratio of almost 78%, meaning that's the percentage of net income going to dividend payments. While this is a strain for now, the payout ratio should fall again as profits recover.

The payout ratio for Starbucks stands at nearly 142%. However, the company remains committed to the dividend and took "appropriate steps" to maintain liquidity such as halting share buybacks. Though the current payout ratio appears concerning, it will not endanger the dividend unless lockdown conditions persist for several quarters. That does not appear likely.

Both of these consumer discretionary stocks should resume a long-term growth trajectory once both businesses are fully open everywhere. However, the choice of whether to choose McDonald's or Starbucks depends on investment goals.

Admittedly, given the financial metrics, one might choose McDonald's despite a higher forward multiple. With its restaurants in 119 countries, McDonald's already serves almost every market that can support it. Nonetheless, it has still found ways to add restaurants. Moreover, McDonald's is a Dividend Aristocrat, while Starbucks is at least 15 years from potentially gaining this status.

However, growth investors may have a case for choosing Starbucks. As mentioned before, Starbucks added 100 locations in the previous quarter in China alone. Scaled-back plans for McDonald's called for 350 locations in the current fiscal year across the world. Also, since Starbucks serves 80 markets versus the 119 countries where McDonald's operates, Starbucks is not as close to global market saturation.

If one seeks a conservative stock to preserve wealth, McDonald's is an excellent choice. Still, investors focused on achieving higher long-term growth may want to consider Starbucks instead.