Please ensure Javascript is enabled for purposes of website accessibility
Log In Help Join The Motley Fool
Free Article Join Over 1 Million Premium Members And Get More In-Depth Stock Guidance and Research
By Howard Smith – Aug 20, 2020 at 10:09AM

The power projects are for upgrades and maintenance to the country's power grid.

General Electric (GE -0.19%) announced a power agreement with the government of Iraq on Wednesday to upgrade, maintain and reinforce Iraq's electricity transmission network. The agreement is in the form of two projects. One, worth $500 million, will have GE's gas power business working with key power plants that supply over 6 gigawatts (GW) to the country. Another, for $727 million, is for GE's grid solutions to reinforce the country's transmission network and its connection with Jordan's power grid.

GE also said it will help with plans for financing over $1 billion for the projects by working with multiple export credit agencies. 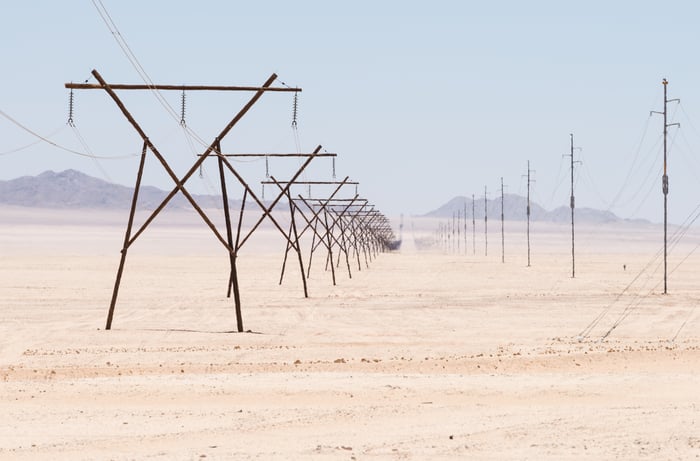 Upon signing the contracts, Iraq's minister of electricity said the primary goal is to ensure uninterrupted power, particularly during the summer months. He noted the existing relationship with GE, saying the agreement "builds on the strong partnership we have with the company to deliver more power for the nation."

The deal comes in advance of the Iraqi prime minister's first-ever visit to the White House. The U.S. Department of Energy announced that agreements worth a total of up to $8 billion were reached on Wednesday between U.S. energy companies and the Iraqi government.

Besides the GE power agreements, Honeywell International (HON -0.76%), Baker Hughes (BKR -5.89%), and Chevron (CVX -2.63%) agreed to partnerships with the Iraqi Ministry of Oil. GE's service agreement builds on over 1.5 GW of new generation capacity that the company has added in Iraq since December 2019.