The company's profitability comfortably topped estimates, but that wasn't sufficient for investors.

General Electric (GE -3.32%) released its inaugural set of quarterly results for 2021 Tuesday morning, and even though the company beat analyst estimates for profitability, investors weren't satisfied. 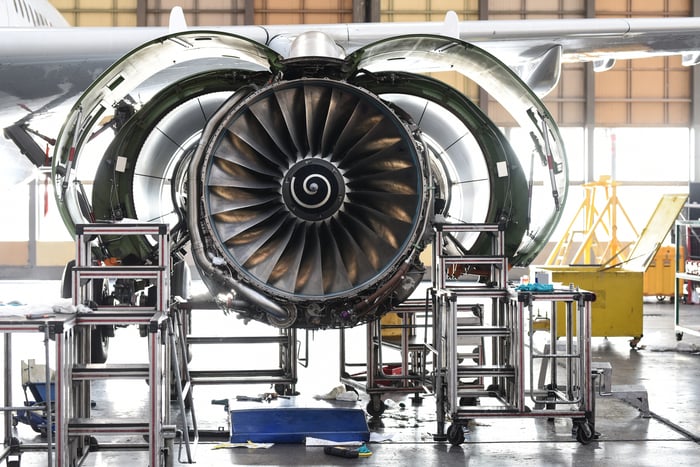 So it was a mixed quarter for GE, since analysts tracking the stock had collectively estimated the company would earn just over $17.52 billion on the top line, but only $0.01 in per-share adjusted net profit.

A classic American industrial conglomerate whose big bet on financial services went bust earlier this century, GE continues to struggle with its recovery. It is attempting to become a leaner and more focused company, but more work needs to be done in this area to turn it into a compelling investment.

In its earnings release, the company quoted CEO H. Lawrence Culp as saying, "We are improving our cash performance and profitability, with Industrial free cash flow growth of $1.7 billion year over year, excluding BioPharma, and organic margin expansion across all segments, except Aviation." That division of the company suffered a 28% revenue decline during the quarter.

GE reiterated its guidance for full-year 2021, stating that revenue for ITS core Industrial business should see a low single-digit percentage rise compared to 2021. The company's adjusted earnings are forecast to be $0.15 to $0.25 per share, and Industrial's cash flow should land at $2.5 billion to $4.5 billion.