Since the beginning of the year, the poor performance of the Canadian marijuana sector has foiled many investors' expectations. In the face of constant oversupply, inventory writedowns, and shrinking margins, cannabis companies have had no choice but to convert stock to cash in order to make up for their operating losses.

In a world of debt-ridden and cash-poor cannabis companies, those that can turn investors' cash into a positive bottom line are in high demand. Two companies, Green Thumb Industries (OTC:GTBIF) and Village Farms International (NASDAQ:VFF), are receiving a lot of attention for their ability to do just that. The former's profitability has been soaring while the latter is just on the verge of breaking even. Let's take a look at why their stocks are enticing opportunities. 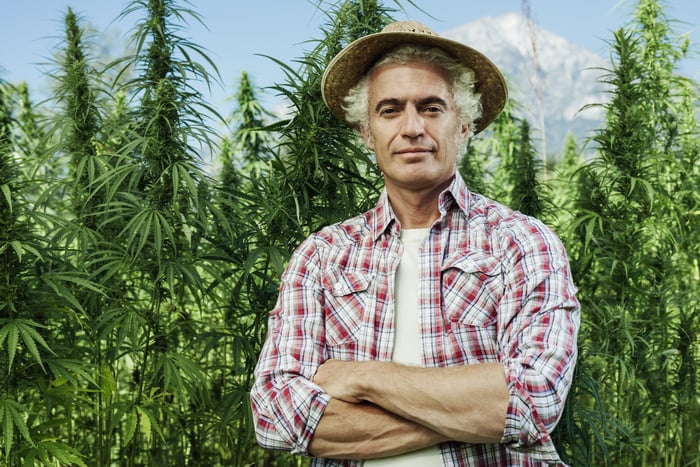 Green Thumb Industries has wholly avoided the perils of the Canadian pot market because its operations are solely in the U.S., where consumer demand for medical and recreational cannabis has been soaring. In the second quarter of 2020, the company's total revenue grew by a stunning 167.5% year-over-year. Green Thumb Industries' revenue in the first half of 2020 rose to $222.2 million, exceeding revenue for the full year 2019.

The company operates 48 stores across the U.S., including in California and Florida. Green Thumb Industries opened six new stores during the recent quarter. Sixteen of the company's stores saw their sales volumes increase by over 75% compared with the second quarter of 2019. Recent expansion into Illinois, Pennsylvania, and Ohio, coupled with the introduction of an e-commerce platform, fueled the growth of the company's bottom line.

During the quarter, the company was able to increase its gross margin to 53.2% from 48.1% in the same period last year. Green Thumb Industries managed to turn $14 million of its gross profits into operating income, compared with a loss of $9.3 million in Q2 2019. The company's efficiency improved significantly during the meantime, with its selling, general and administrative expenses falling to 41.5% of revenue, versus 68.9% of revenue in Q2 2019.

Not only is the company improving profit margins, but its cash position is relatively sound. As of June 30, Green Thumb Industries has about $82.9 million in cash and cash equivalents compared with $95.2 million in debt, and negligible repayments due within the next 12 months. That is very good, considering the industry has largely resorted to debt financing to keep going.

Because the company can post an operating profit, Green Thumb's management feels confident that it can meet debt obligations without raising more cash via stock to fund operations. Investors are getting a deal in terms of growth for the price they'd pay today for the stock: It's trading at just 3.5 times price to sales but showing triple-digit revenue growth. In the past three months, the stock returned almost 50% to investors, and will likely continue its momentum as the U.S. gravitates toward federal legalization.

Unlike many Canadian marijuana companies, Village Farms International held on to profitability amid the sector downturn thanks to its diversified operations. The vast majority of its revenue and operating income comes from the company's greenhouse fruits and vegetables.

In the second quarter, the company's ex-cannabis revenue amounted to $47.6 million, representing 15% year-over-year growth. Even when its cannabis venture, Pure Sunfarms, is included in its financials, Village Farms managed to break even with $173,000 in operating profits.

Pure Sunfarms remains the top-selling dried flower brand in Ontario, with about 13.8% market share. The company is planning to roll out its cannabis 2.0 products, a lineup of cannabis oils, within the next weeks or months. Village Farms owns a commanding 58.7% of Pure Sunfarms.

Despite a challenging quarter due to lockdown and quarantine measures that shut down retail stores in Canada, Pure Sunfarms achieved a 44% gross margin over the past six months. Meanwhile, Village Farms' $9.6 million in cash is more than enough to handle the $2.4 million it owes this year. Investors looking for a diversified-play cannabis company should consider adding Village Farms to their portfolios, as it has already returned 41% to investors in the past three months and is likely to continue this momentum as Canada's retail stores reopen.