Please ensure Javascript is enabled for purposes of website accessibility
Log In Help Join The Motley Fool
Free Article Join Over 1 Million Premium Members And Get More In-Depth Stock Guidance and Research
By Matthew Frankel, CFP® – Aug 27, 2020 at 6:47AM

Financial stocks have been beaten down in 2020, but I have my eye on these two.

The financial sector has been one of the hardest-hit parts of the stock market during the COVID-19 pandemic. While the S&P 500 just reached a fresh all-time high, the Financial Select Sector ETF (XLF -1.72%) is still down by nearly 20% for the year.

There are certainly some good reasons for the underperformance. There's tremendous uncertainty about how the economic effects of the pandemic will translate to loan defaults and charge-offs for banks. Plus, a record-low interest rate environment isn't exactly good for bank profitability.

That said, now could be a good time for patient long-term investors to put some money to work. Here's why I'm watching beaten-down bank stock Bank of America (BAC -2.23%) and recent IPO Rocket Companies (RKT -1.68%) as August comes to a close. 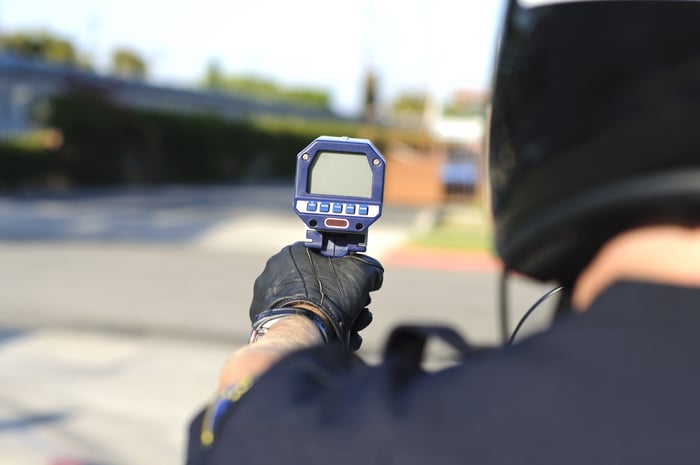 Bank of America (BAC -2.23%) is a stock I already own in my portfolio. I bought shares initially during a brief market panic in 2016 and have added to the position several times since.

Simply put, I feel that Bank of America is a more rock-solid and well-run financial institution than the market gives it credit for. In the years since the financial crisis, CEO Brian Moynihan and his team have dramatically improved the bank's asset quality and efficiency. They've also invested heavily in building out the bank's mobile and online banking technology resources. Prior to the pandemic, the bank was regularly generating returns on equity of over 10%, a figure that seemed almost unattainable just a few years ago. And Bank of America had been generating loan and deposit growth that was consistently among the best of its big-bank peers.

Now, banks have been setting aside billions in anticipation of COVID-related losses, and Bank of America is no exception. However, the bank is in strong financial shape to weather the storm. At a roughly 10% discount to book value, it seems extremely attractive from a risk-reward perspective.

Warren Buffett seems to agree. The Oracle of Omaha recently deployed more than $2 billion of Berkshire Hathaway's (BRK.A -1.25%) (BRK.B -1.31%) position in Bank of America to a nearly 12% stake worth about $26 billion, making it Berkshire's largest bank stock holding by a huge margin.

A good time to be a mortgage originator

One of the newest financial sector companies to go public, Rocket Companies is the parent of Rocket Mortgage, Quicken Loans, and a few other subsidiaries. The company went public in early August at a price of $18 per share and has been one of the best-performing recent IPOs in the market. The stock currently trades for over $28 -- a gain of more than 50% in less than three weeks.

Rocket's numbers are certainly impressive. The company is the No. 1 mortgage originator in the United States, having originated $124 billion in loans during the first half of 2020 and generating $6.4 billion in revenue in the process.

It's a good time to be a mortgage originator. Record-low interest rates have led to a surge in demand, especially for refinancing. In fact, Rocket's closed loan origination volume through the first six months of 2020 increased by 128% as compared to the same period in 2019. And it doesn't appear to be slowing down. The National Association of Realtors recently reported that sales of existing homes increased 9% year over year in July, and the Mortgage Bankers Association reported that refinancing demand is 38% higher than a year ago.

What would make me pull the trigger?

As I mentioned, Bank of America is already a rather large stock position in my portfolio, but I would certainly consider adding to it. Already trading for less than book value, Bank of America looks attractive enough to add to my position right here, and if I can stop talking about it for a few days (we have certain trading restrictions for stocks we write about), I may do just that.

For Rocket Companies, on the other hand, I would either need to see the stock price pull back closer to its IPO level or for its next earnings report to truly impress. IPO investing in general is risky business, so I'd probably build a position a little bit at a time while the company is still in the early days of its publicly traded life.