Moderna's (NASDAQ:MRNA) coronavirus vaccine efforts have made the biotech into a household name, fueling its impressive stock-price growth in the process. As shown by positive data from the first two phases of its clinical trials, Moderna's mRNA-1273 vaccine has a solid chance of winning the global race for a coronavirus prophylactic. Nonetheless, there are three red flags that prospective investors in Moderna should be aware of:

Let's investigate these red flags to see how they might influence the candidate's future.

The CEO, chief financial officer, chief technical officer, president, and chief medical officer of Moderna have sold tens of millions of dollars of the company's stock over the last five months in a slew of pre-planned trades. While there are many reasons for someone to sell a stock, zero members of Moderna's senior management have reported purchasing its stock in the same period. These insider sales may indicate that management is unconvinced that mRNA-1273 sales will drive a windfall to boost the share price beyond this year's highs.

If members of leadership believed the project would be successful, they would probably also believe it would be more profitable to wait to sell until after mRNA-1273 is generating sales revenue. But with all that said, insider selling does not mean that Moderna's prophylactic will be commercially unsuccessful or that it won't be safe or effective. It's only an -- imperfect -- sign that senior leadership may not have full confidence that the stock's future price will be higher than it has been so far this year. 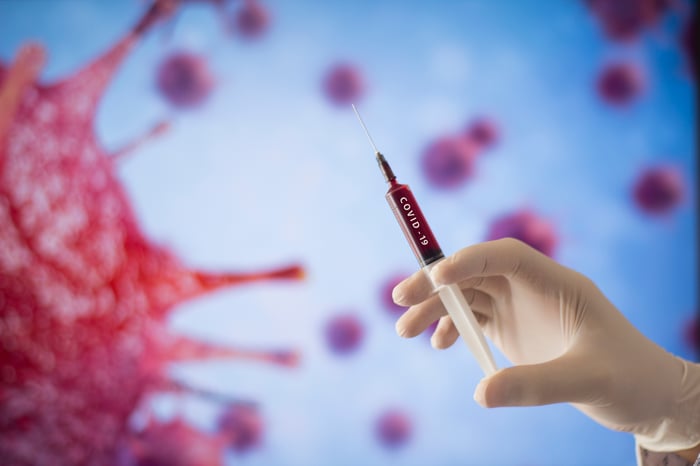 2. Moderna still doesn't have any products on the market

Biotech investors know that the industry's product development cycle usually requires years of effort in the laboratory and clinical trials, with a typical vaccine taking a decade to reach the market (and that's if everything goes well). This means that we would expect Moderna, founded in 2010, to have at least one pipeline program on the verge of commercialization. Instead, mRNA-1273 is its most advanced project. The company has three other programs in phase 2 clinical trials, but nothing else in late-stage development.

In short, this is a red flag because it means Moderna doesn't have a history of successful drug or vaccine development. That doesn't mean mRNA-1273 will fail, but it does mean that the company is in uncharted territory, and that having more experience would come in handy.

3. Nobody has made this type of vaccine before

Moderna's candidate is an mRNA vaccine, meaning it aims to deliver pre-programmed genetic information to a patient's cells so that they will subsequently produce antibodies against the coronavirus. This methodology has worked well enough to bring the candidate through the first two phases of clinical trials so far. But there are no other therapies or prophylactics on the market that use the same approach, despite a handful of efforts, which is a red flag.

Furthermore, the company's preliminary safety data suggested that patients in the mRNA-1273 trial were more likely to experience systemic adverse events -- clinical-trial lingo for "difficult side effects" -- after a second dose of the vaccine. If subsequent data show that these side effects are especially burdensome for certain patient populations, like immunocompromised people or older adults, it would make Moderna's candidate much less appealing. On the other hand, as long as the majority of patients experience only mild side effects, Moderna's vaccine could still be a success, so don't put too much weight into these preliminary reports when you're deciding whether to buy the stock.