Investors follow many varied, winding paths on their way to success, but they all have one thing in common: They've made mistakes along the way. Whether it's selling in fear, overconfidence that you can succeed in day trading even though most people don't, or waiting too long to get into the market at all, every investor has at least one scar that shaped their path to success.

Given all this hard-won experience, how would these prosperous investors approach the market today if the slate were wiped clean and all they had was $5,000? 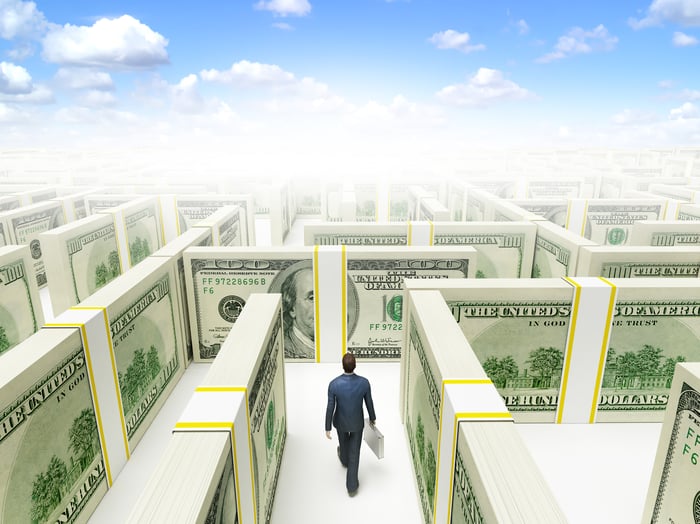 Barbara Eisner Bayer: When I started investing in the mid-1990s, I had a relatively short-term focus that was primarily based on fear and inexperience. If I made an investment and it went up quickly -- even if it was just a few hundred dollars -- I'd sell it and lock in the profit. No, I wasn't a day trader, just someone who got excited making money and didn't want to lose it. Boy, was I wrong!

One of the stocks I bought shortly after its IPO on May 15, 1997, was Amazon.com (NASDAQ:AMZN). However, the stock was so volatile and my stomach so temperamental, that I sold it a few years later. Yeah, I made a thousand bucks or so, but boy did I miss out. If I had invested $10,000 right at the company's IPO price and held onto my shares, I would have more than $12 million bucks today. Would.

I've learned over the years that true wealth is created by holding companies over the long term. All growth companies are going to be volatile on their journeys -- that's just part of the market's MO. Growth stocks need time to, well, grow, and that doesn't occur over a straight line. Companies will make errors and, hopefully, learn from them. But if you understand the industry and keep your eyes focused on the long term, it's possible to turn that $10,000 into $12 million -- if you don't sell your shares.

So what would I purchase today if I had $5,000? Why, Amazon, of course! As my colleague Sean Williams writes, "it's a fast-growing freight train that no company seems able to derail." Amazon controls 44% of all online sales and boasts more than 150 million worldwide Prime members. But its major growth is coming from Amazon Web services, its infrastructure cloud segment. And the company shows no signs of slowing down anytime in the near future, especially since the COVID-19 pandemic has forced more people to shop from home -- and they're likely to keep doing it that way no matter what happens.

But this time, I'm not selling it -- no matter what. Because I believe if I fast-forward another 23 years, Amazon will either still be growing or have taken over the world. 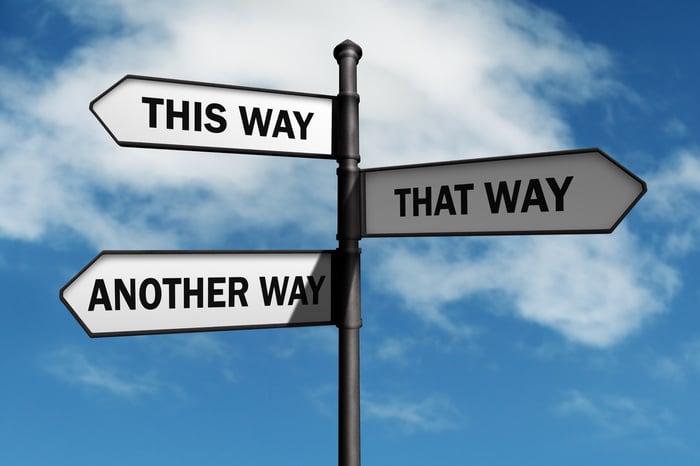 At the intersection of dividends and strength

Chuck Saletta: When I first started investing, I focused primarily on dividend growth. I looked for companies that paid dividends, had a history of increasing their dividends, and looked capable of continuing to increase their dividends over time. I still appreciate that philosophy, but as the dot-com bubble, financial meltdown, and COVID-19 crash all taught me, dividend growth alone was not enough to build a robust portfolio for the long haul.

Over time, my strategy evolved. I now look for a combination of dividend growth potential, balance sheet strength, and a reasonable valuation in my core investments. In addition, I keep an eye toward diversification while building our portfolio, as being over-invested in one company or industry can cause extra trouble if it happens to be the next one to go down.

Using that combination of factors has led to a far more robust portfolio for us. For instance, despite the fact that even Warren Buffett has seen his dividend income get hit in 2020, our total household portfolio dividends have the potential of winding up flat to slightly up for the year. While we have seen our share of cuts, so far, they've been largely offset by stable-to-increasing dividends elsewhere to go along with the compounding benefits from reinvesting.

As a result, were I starting over with $5,000 today, I'd start out with a strategy that looks across dividend growth, valuation, balance sheet strength, and diversification as the basis for our portfolio. It would have saved us a lot of headaches and heartaches in earlier crashes and set us up to be in even better financial shape today.

Fortunately for people just getting started, it is much easier and cheaper today to invest in that more robust way than it was then. It's cheaper because commissions have largely dropped to $0, reducing the friction costs of investing. Plus, fractional share investing allows investors to put a given dollar amount toward any stock, instead of having to buy in whole-share amounts.

And $5,000 can purchase $250 worth of shares in each of 20 different companies. That's a reasonable number of companies to serve as the foundation of a diversified portfolio. While there are no guarantees in investing, in uncertain times like these, it's especially important to have a plan for dealing with the possibility that something will go wrong. 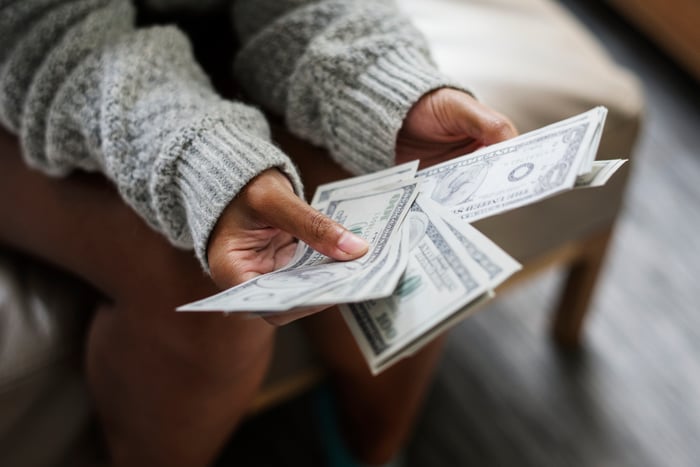 Rich Smith: Management consultant Peter Drucker is famously quoted as saying, "if you can't measure it, you can't improve it."

I've been an active investor for about a quarter of a century. Knowing what I know now, the very first bit of advice I'd give to beginners today would be this: Get yourself a benchmark. If you know where you're starting from, you can objectively measure how well you perform against that benchmark over time -- you can know whether what you're doing is "working." Without a benchmark, though, all of your performance is relative.

I'll be even more specific.

If I had $5,000 today, I would invest the first $1,000 in an S&P 500 index fund ETF -- the hyper-popular SPDR S&P 500 ETF Trust (NYSEMKT:SPY) for example, which measures the stock market performance of America's 500 largest companies. That would be my benchmark against which I measure the performance of all my other investments. Then, I would invest my remaining $4,000 in equal $1,000 amounts in four different stocks.

(If you can't find four stocks with prices easily divisible into $1,000, that's fine. You can work out an investment of exactly $1,000 by buying fractional shares.)

Then I'd sit back and measure. One year later, shall we say, are any of my four stocks outperforming my single S&P 500 ETF? How many of them are outperforming, and by how much? Am I "winning" by a sufficiently large margin, enough to act as evidence that I know what I'm doing?

If so, then I'd continue to save and invest more in individual stocks as I earn money. But if not, that would suggest that I do not know what I'm doing when picking individual stocks, and that I'd be better off putting new money into the S&P 500 ETF. At least that way, I could be assured of enjoying the almost 10% average annual returns the S&P 500 provides over long periods of time -- and not underperforming the market.

We Ask Successful Investors: If You Were Starting Over With $5,000, What Would You Do? @themotleyfool #stocks $SPY $AMZN Next Article
Current