Please ensure Javascript is enabled for purposes of website accessibility
Log In Help Join The Motley Fool
Free Article Join Over 1 Million Premium Members And Get More In-Depth Stock Guidance and Research
By Rick Munarriz - Aug 31, 2020 at 9:30AM

A media giant, multiplex operator, and maker of trendy fitness wear have a lot to prove in the month ahead.

There's never a dull month on Wall Street, and September isn't going to be any different. There are plenty of companies and events coming to a head in the new month, and stocks will move as a result of how things play out.

Walt Disney (DIS 3.30%), AMC Entertainment (AMC -4.01%), and lululemon athletica (LULU 1.49%) are some of the names that will be making waves in September. Let's see why they are stocks that bear watching. 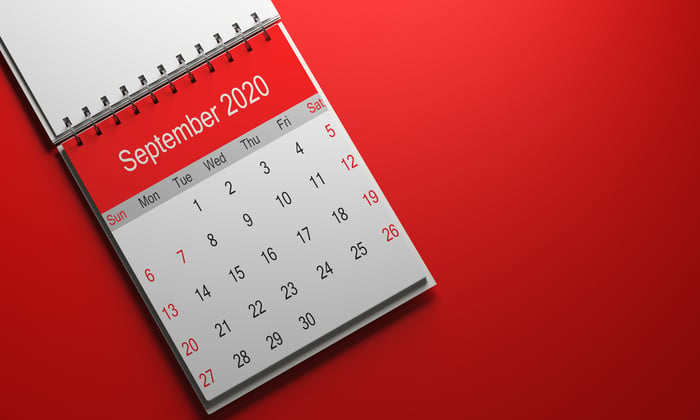 The world's leading media company is making a big bet on digital distribution this weekend. Disney is putting out the new live-action reboot of Mulan as a premium video-on-demand release on Friday. The $200 million production won't come cheap. It will be available only to Disney+ subscribers paying $29.99 for the movie.

Mulan was originally slated to hit screens in March, but after bumping it into the summer didn't pan out, Disney decided to go the digital route. There's a lot at stake here, even for a truly diversified media mogul like Disney.

Trolls World Tour turned heads earlier this year when it raked in nearly $100 million in premium video-on-demand, but that came a couple of weeks into the pandemic, when the entertainment options were scarce. No one has come close to topping Trolls World Tour, but Mulan will obviously make that interesting.

One thing that can hold Mulan sales back is that it will be available to all Disney+ subscribers without having to pay extra on Dec. 4 -- three months later. It's a short enough window where a lot of people on the fence about paying nearly $30 for a stream may pass. To be fair, Disney probably should've gone this route with Hamilton. It would've made more than a few Hamiltons.

The first two weekends since AMC started reopening its stateside theaters have been fairly uninspiring. The top draw this weekend -- Marvel's The New Mutants -- attracted less than a million moviegoers, and that's less than 0.3% of the country's population.

Life is hard at the local multiplex. Less than two-thirds of the country's movie theaters are open, and they're limited in the number of tickets that they can sell to comply with social distancing norms. Folks are still staying away, as we're not buying enough tickets to get get anywhere close to even the tight capacity.

A lot can change this week when Tenet hits theaters this weekend. It's the only legitimate blockbuster still on the release slate for the summer season, and it's already opened to huge numbers overseas. If Tenet doesn't save AMC and its smaller stateside rivals, it's going to be an even longer road back for the industry to navigate.

September is generally light on earnings reports outside of retailers and other companies with fiscal years ending in January, and lululemon athletica is one of the more interesting names that will be stepping up with fresh financials in a few days. The maker of luxury athletic apparel has been a hit with yoga and workout buffs for years, and it reports fiscal second-quarter results next week.

Lululemon is understandably not at its best right now. Revenue declined 17% in its previous quarter, and that's not a surprise with its stores shuttered for most of the period. It was e-commerce propping up the top line, accounting for half of the quarter's sales. It also doesn't help that there's not a demand for fashionable exercise with most folks working out from home.

Analysts aren't holding out for much in the report that will be released a week from Tuesday. Wall Street pros see a 6% decline in revenue and an even sharper slide in profitability. Investors are more optimistic. The shares hit an all-time high on Thursday, something you don't see a lot these days among retail stocks. It had better be a good report, and the guidance needs to be even better.