Please ensure Javascript is enabled for purposes of website accessibility
Log In Help Join The Motley Fool
Free Article Join Over 1 Million Premium Members And Get More In-Depth Stock Guidance and Research
By Billy Duberstein – Sep 5, 2020 at 7:40AM

The enterprise-planning software company had a strong second-quarter earnings report.

Shares of cloud-based enterprise-planning software company Anaplan (PLAN) rose 34.9% in August, according to data from S&P Global Market Intelligence. The stock went up after a late August second-quarter earnings release that surpassed expectations. Unlike many other software-as-a-service (SaaS) stocks, Anaplan had not yet exceeded its February highs, since many enterprises held off on large-scale software purchases like Anaplan's in the first quarter. But it looks like the company found its footing during the summer. 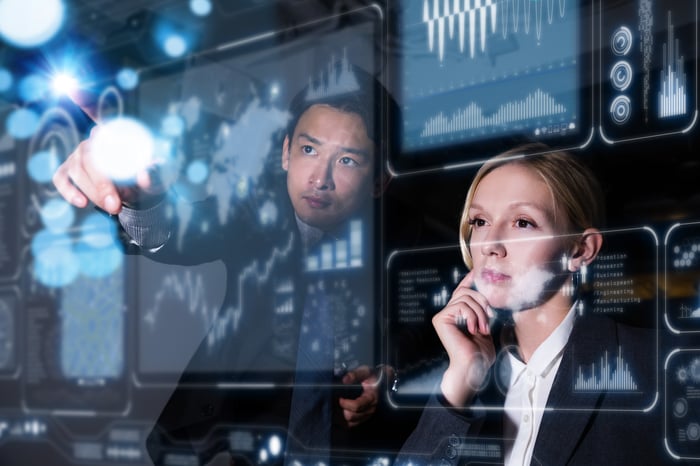 In the second quarter, Anaplan grew revenue 26%, but more importantly, subscription revenue increased at a higher 32%. Remaining performance obligations, which factor in subscriptions paid up front in the quarter, matched subscription revenue growth of 32%, which is also a good sign. Those numbers beat analyst expectations, as did the company's Q3 revenue guidance of $109 million to $110 million, above the $107.8 million average analyst consensus.

As the pipeline for large, new customer wins closed amid the COVID-19 chaos, management pivoted to expand opportunities within its existing customer base, and sought out new customers through large channel partners in IT consulting. That looked like the right move, with 60% of bookings this quarter coming from existing customers.

Though Anaplan recovered nicely in August, it has also sold off with the rest of the technology sector here in early September. The stock also trades at a hefty valuation of about 21 times trailing-12-month sales, and the company did forecast decelerating billings growth of just 16% to 18% next quarter. Billings account for subscription growth plus the change in deferred up-front subscription balances, giving an imperfect look at how business activity is actually performing inside the quarter.

A 21-times sales ratio for an unprofitable company with decelerating high-teens billings growth is a hard sell for me, though I acknowledge Anaplan's software (which is a big, companywide buy for most customers) may be lumpier compared with other SaaS products. Digital transformation is clearly a tailwind for the company, but the current trajectory after its August run makes me a bit more cautious on Anaplan's stock through the rest of this year.