The struggling retailer has apparently signed a tentative deal to be rescued by landlords and creditors.

It seems J.C. Penney (JCPN.Q) has received a lifeline. According to a report by fashion industry journal WWD, an attorney representing the troubled retailer told a Texas bankruptcy court Wednesday afternoon that it reached a tentative agreement with landlords and creditors to stay alive as a company and to keep its stores open.

The group is led by top shopping mall owner Simon Property Group (SPG -2.23%) and real estate investor Brookfield Property Partners (BPY). A letter of intent has been signed by the various parties, said the attorney, Joshua Sussberg of Kirkland & Ellis. Although such a document is non-binding, Sussberg said it will be used as the basis of a formal asset-purchase agreement. 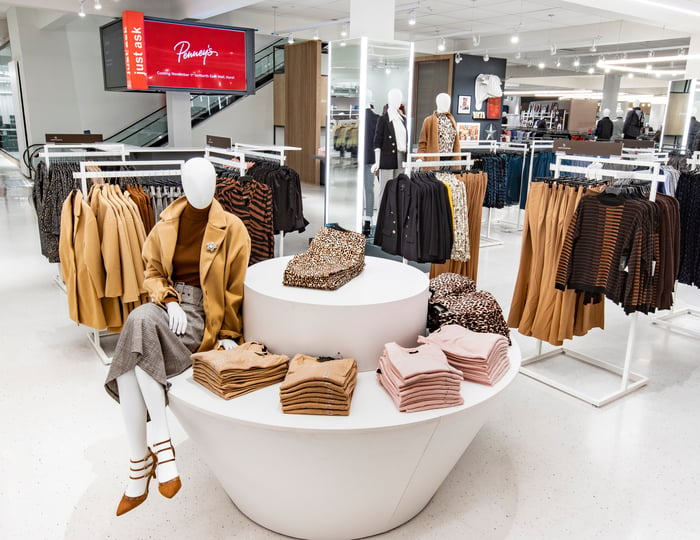 The multi-faceted deal is apparently valued at $1.75 billion, which includes a $300 million equity investment from Simon and Brookfield. J.C. Penney would also receive $500 million in financing from some of its creditors, presumably to remain operational. Additionally, the company would receive $2 billion in asset-based loans from a syndicate of creditors led by Wells Fargo.

Seen by many as a poster child for the retail apocalypse that began several years ago with the increasing prominence and power of online rivals, J.C. Penney's challenges were compounded by the coronavirus outbreak earlier this year. The closures mandated in the thick of the pandemic badly affected the company, as it still has a very large brick-and-mortar footprint.

Shares of J.C. Penney more than doubled on Wednesay, although their current ultra-low price has to be taken into account. They closed the day at just over $0.20 per share.