Energy stocks used to be well known for paying reliable and growing dividends. Big oil, in particular, has been a reliable segment of the market to find dividends and is even well represented in a list of Dividend Aristocrats with decades of consecutive years growing their dividends.

But in the last decade, the energy business has been turned on its head. Renewable energy has upended coal in electricity generation, electric vehicles (EVs) have taken market share from internal combustion engines, and falling commodity prices have reduced margins for oil and gas companies. As a result, energy dividends aren't as safe as they seem, and ExxonMobil (NYSE:XOM), Chevron (NYSE:CVX), and Total (NYSE:TTE) offer three high dividend yields that I think are in trouble long term. 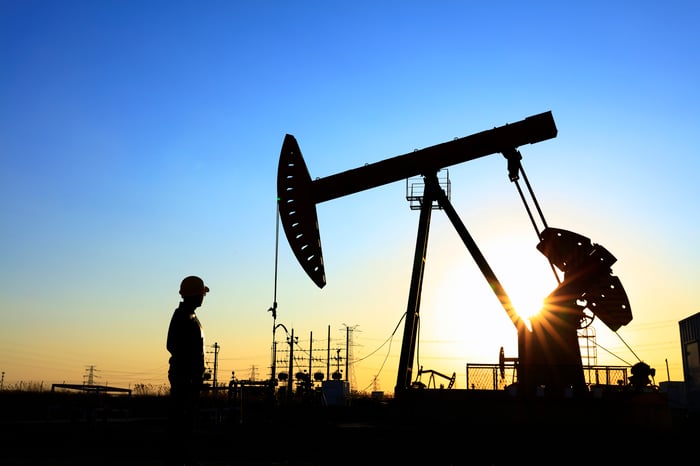 Big oil isn't what it used to be

For the last century, oil has been a great business to be in. Consumption was rising globally and there was money to be made in everything from extraction to refining to marketing gasoline and natural gas. But since 2005, oil consumption in the U.S. has been down and global growth is only about 1% per year on a compound basis. 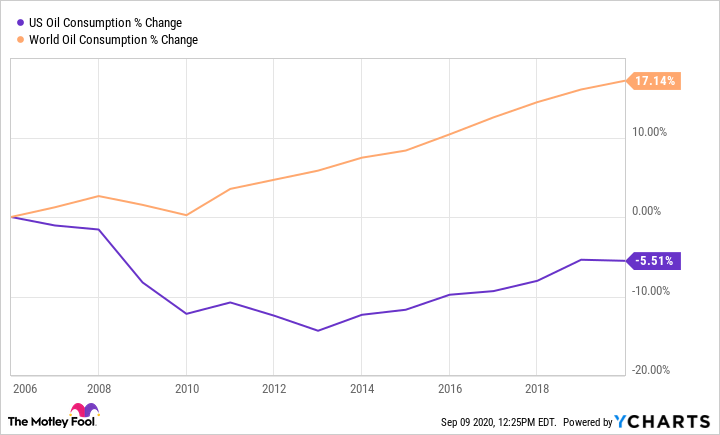 At the same time, oil and natural gas prices have dropped. This has been in part because of increased supply from shale production in the U.S., but it's also because of macro factors like competition from renewables in electricity generation (instead of natural gas) and electric vehicles (oil) taking a growing share of the vehicle market. 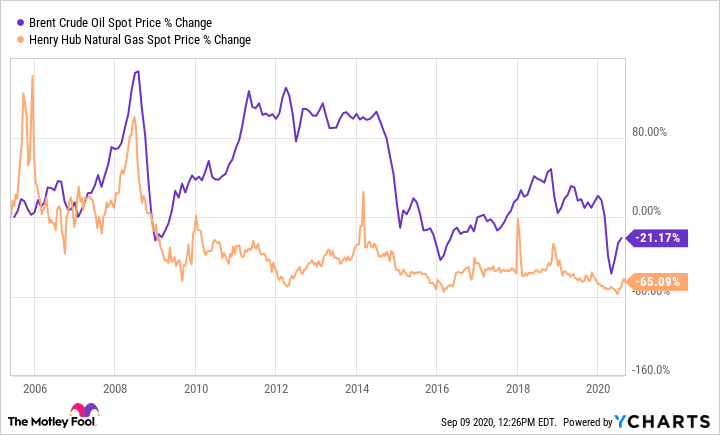 As demand growth has stalled and prices have dropped, it's no surprise that the financial performance of big oil companies has fallen off.

The cash flow machine is slowing down

At the end of the day, oil companies that pay big dividends should be generating a lot of free cash flow. In other words, the cash flow from operations should exceed the capital invested in new projects and leave enough to pay the dividend.

You can see below that free cash flow for ExxonMobil, Chevron, and Total has been stagnant at best and in a steady decline at worst. ExxonMobil looks the worst in the past decade, actually burning cash in the last year. 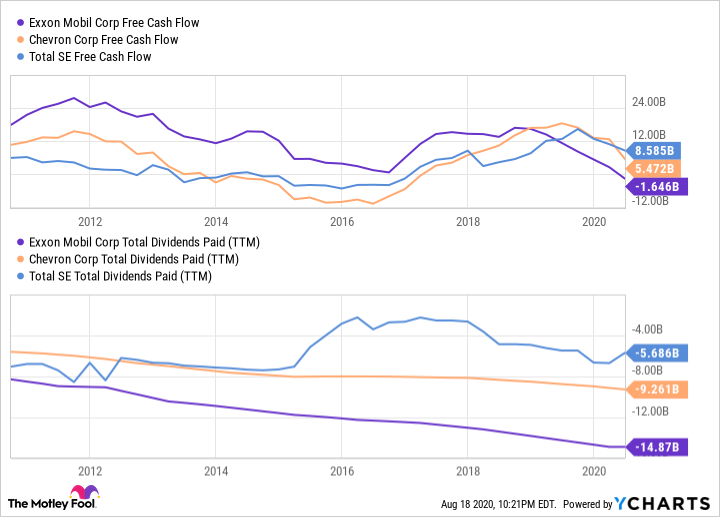 When free cash flow is getting weaker over time and dividend payments are rising to exceed cash coming from the business, there are only so many things a company can do to fund ongoing dividends. One is to issue debt, and that's exactly what every one of these companies is doing.

You can see below that long-term debt has risen at each of these companies over the past decade. That's a troubling trend when free cash flow is declining and the long-term prospects of an industry are getting weaker. 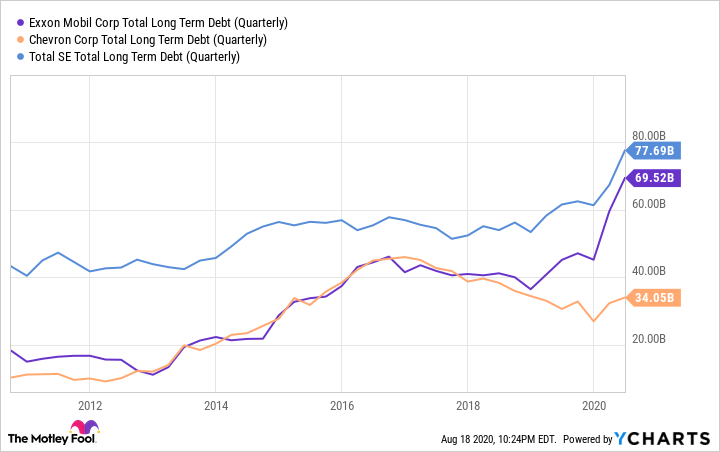 The problem is that the cycle of issuing debt to pay for dividends is going to be hard to break. Either cash flow generation needs to increase to meet the cash burn from dividends, or eventually the dividends will need to be reduced. At this point, each of these companies could do a lot to improve their balance sheets simply by suspending dividends. But that wouldn't be a popular move with investors looking for a high yield.

The future no longer looks bright for big oil

The charts you see above represent just the beginning of a long-term trend for oil companies. Look at where automakers are investing money and you'll see that the future of transportation is with electric vehicles. Over time, that will slowly reduce the consumption of oil, likely putting further pressure on margins and cash flow.

To adapt, some companies have tried to evolve their business models. Total is investing billions of dollars in renewable energy to get ahead of the decline in oil. And it has a better shot at making the transition than ExxonMobil and Chevron, which have brushed off any meaningful investments in renewable energy.

But no matter how you look at it, investors shouldn't count on these dividends for much longer. ExxonMobil's 9.1% yield, Chevron's 6.4% yield, and Total's 7.7% yield seem too good to be true for strong dividend stocks, and that's because they probably are.