Shares of special purpose acquisition company (SPAC) Social Capital Hedosophia Holdings II (IPOB) jumped by more than 20% when trading opened Tuesday, and were up by 18.7% as of 11:05 a.m. EDT. The jump occurred after the SPAC announced it was acquiring Opendoor, an online real estate marketplace. 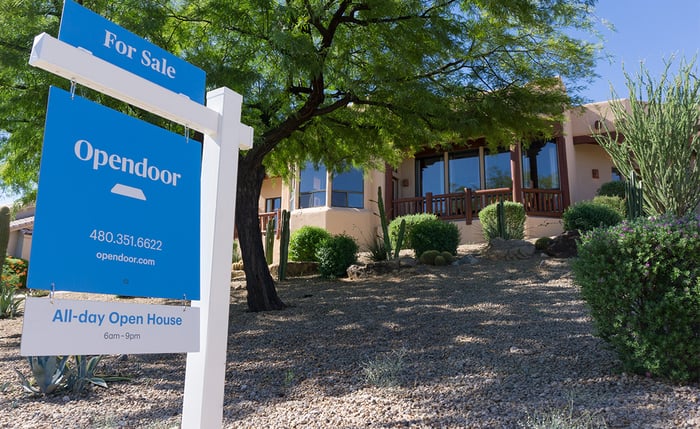 Opendoor operates an online real estate marketplace in 21 U.S. cities. Founded in 2014, it set out to provide what it described as a "new, radically simple way to buy and sell your home." The company uses its valuation model to offer potential home-sellers a fair price that it will pay in cash, after which it becomes responsible for maintaining and reselling the home. Buyers can also use the company's fee-based service.

Social Capital merged with space-tourism company Virgin Galactic (SPCE 3.67%) using its initial blank-check company. So the SPAC has some notable experience with bringing companies public in what Palihapitiya calls "IPO 2.0."

The investment in Opendoor will consist of $414 million from Social Capital Hedosophia Holdings II, along with $600 million from another group of investors including Palihapitiya and funds managed by Blackrock (BLK 0.28%).

The new deal brings Opendoor's current valuation to $4.8 billion, which is approximately the same as its 2019 revenue, according to CNBC. Opendoor CEO and co-founder Eric Wu will continue to lead the company. The deal "will help us accelerate the path toward building the digital one-stop-shop to move," he said in a statement.

SPAC Mania: Here's Why Opendoor's Acquirer Is Soaring on Friday