Shares of the cable network operator jumped on a tender offer.

Shares of AMC Networks (AMCX -2.93%) were jumping today after the company announced a management shuffle and a tender offer to buy back $250 million of stock at a price between $22.50 and $26.50. 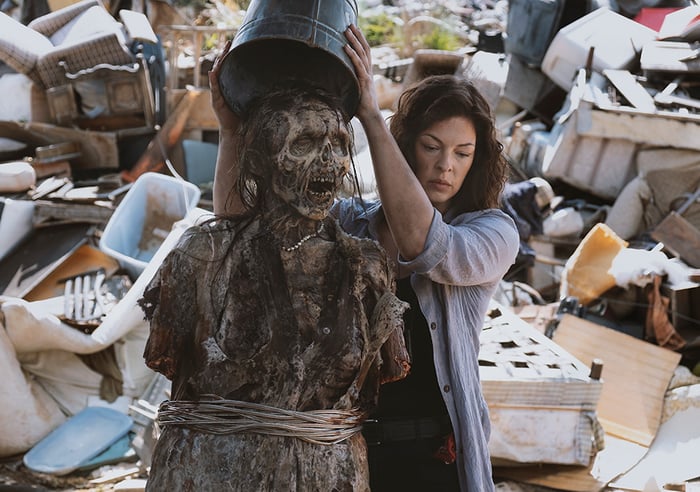 A scene from The Walking Dead Image source: AMC Networks.

After markets closed last night, the company, which owns networks including AMC, Sundance, and IFC, announced a modified Dutch auction starting today and expiring at midnight tonight. The move seems designed to take advantage of the company's low stock price to retire a large portion of shares at once, and would repurchase about 10 million shares if the tender offer is completed in full.

About 4.5 million shares had traded hands as of 11:31 a.m., compared to average volume around 1 million, indicating the offer seems to progressing as the company hoped.

"AMC Networks has a strong financial position and the proposed tender offer is a significant expression of strength and the Board's confidence in our company's future," CEO Josh Sapan said in a statement.

Separately, the company announced that CFO Sean Sullivan was leaving in mid-October to take a position in another company, and that 93-year-old Charles Dolan will move from the executive chairman role to chairman emeritus. His son, James Dolan, was elected non-executive chairman of the board.

At least one analyst cheered the offer as RBC Capital called the decision a "welcome move" and an efficient way to take advantage of the valuation disconnect between the stock and the business. AMC Networks, which has an impressive track record of critically acclaimed hits including Mad Men, Breaking Bad, Portlandia, Killing Eve, and The Walking Dead, has long looked like a value play in streaming and entertainment, especially as a potential acquisition target.

The stock trades at a price-to-earnings ratio of less than 5 based on this year's expected earnings, and the tender offer seems likely to add to speculation that the company could be acquired or go private, as the Dolan family could also take it over. At this price, the stock still looks clearly undervalued.