The repurchase program was temporarily halted due to COVID-19, but its shares still carry a premium.

lululemon athletica (LULU 0.40%) is apparently feeling good again about the retail landscape returning to a state of normalcy as it announced yesterday it would resume its share repurchase program.

The athleisure apparel leader temporarily suspended stock buybacks in April as a means of conserving capital while the coronavirus pandemic swept the country and forced retailers to close their stores. The company also cut executive pay 20% for three months while board directors agreed to forgo their stipends. 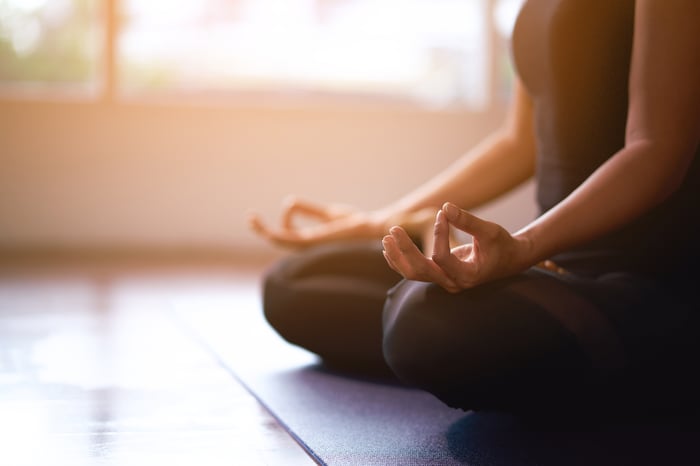 It's likely no coincidence the decision to resume the repurchase program comes as Lululemon's stock has tumbled 20% this month, falling from an all-time high of just shy of $400 a share to under $300 a share.

The decline in the stock price came despite the athletic clothing company reporting second-quarter earnings that beat analyst expectations, even as sales dropped 51%. Digital sales, though, rose 155% and now account for over 60% of total sales, a key development in a physical retail landscape left in turmoil because of COVID-19.

Wall Street, though, continues to be bullish about the retailer's prospects even as it acknowledged the stock had become pricey. It still trades at lofty valuations despite shares losing one-fifth of their value in just three weeks.

Lululemon's stock goes for 76 times trailing earnings and 49 times next year's estimates. It also trades for over 10 times sales and 98 times the free cash flow it produces. That makes it harder to make the case that it should start buying back its stock now, but it has been expensive all the way up.

Lululemon says it has almost $264 million remaining on its authorization and repurchases can start and stop at any time based on market conditions.