Volatility remained par for the course on Wednesday, and stock-market benchmarks fell back from their gains the previous day to lose ground. Despite a strong earnings report from Nike (NYSE:NKE), the Dow Jones Industrial Average (DJINDICES:^DJI) wasn't able to hold its opening gains. Declines for other benchmarks were somewhat larger. Just after 11 a.m. EDT, the Dow was down 24 points to 27,265. The S&P 500 (SNPINDEX:^GSPC) lost 13 points to 3,303, and the Nasdaq Composite (NASDAQINDEX:^IXIC) sank 75 points to 10,888.

Even in the down market, though, hot stocks remained hot. Recent IPO Snowflake (NYSE:SNOW) showed the staying power of its stock by moving significantly higher Wednesday morning. For Twitter (NYSE:TWTR), favorable comments from stock analysts point to the potential for further gains.

A nice gain for Snowflake

Shares of Snowflake picked up more than 6% Wednesday morning. The cloud-computing stock has gotten a lot of attention because of its massive move on its first day of trading, but a lot will ride on what happens in the first months after its IPO. 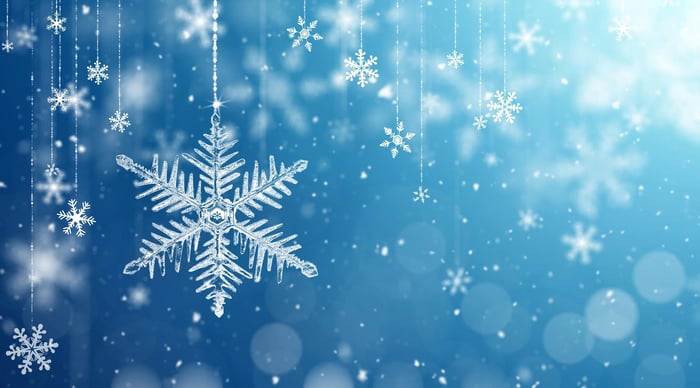 When Snowflake became public last week, it quickly doubled right out of the gate. Part of that was because the offering price of $120 per share was far lower than the demand for the cloud-computing stock.

Yet since then, investors have had a chance to second-guess whether Snowflake deserves the hype that it has gotten. The stock lost ground after its first day, and some investors wondered whether the big first-day jump would prove to have been the high-water mark for the stock. One analyst put a sell rating on the data-warehousing company's shares.

Yet the big question is whether Snowflake can grow quickly enough to justify its current price. After all, there's nothing inherently different in a stock moving higher on its first day of trading versus staying relatively low-priced in an IPO but then soaring like so many tech stocks have done recently. Today, shareholders are optimistic that the answer to that question is yes.

Investors are all a-Twitter

Shares of Twitter were higher by 8%. The social-media microblogging specialist got an upbeat assessment from stock analysts at Pivotal Research.

Pivotal upgraded shares of Twitter from hold to buy. It also boosted its share-price target by nearly two-thirds to $59.75 per share.

The reasoning for the upbeat assessment hinged on progress that Twitter has made toward improving its business execution. In the past, Twitter has burned optimistic investors by failing to capitalize on all of its opportunities. But with key events like the Summer Olympics next year, Twitter could start to do a better job monetizing its content.

Moreover, many investors are bearish on Twitter. It's true that historically, the company has had trouble doing everything it could to perform well. If Pivotal is right, though, that could finally be changing for the tech stock .