As the competition heats up, Amazon is upping its game.

In a virtual hardware event on Thursday, Amazon (AMZN 4.32%) debuted the next-generation Fire TV Stick and introduced a lower-cost version, the Fire TV Stick Lite. The company also revealed a redesigned user interface for the devices that helps users connect with streaming services like Netflix (NFLX -0.23%) and Disney's (DIS 3.53%) Hulu and Disney+.

According to Amazon, since the onset of coronavirus, people have been spending more time watching TV than ever before. The company is seeking to capitalize on that trend by offering improved features that will keep viewers coming back. These latest updates are designed to give the device an edge over competitors like Roku (ROKU 3.54%) and Apple's (AAPL 1.70%) Apple TV. 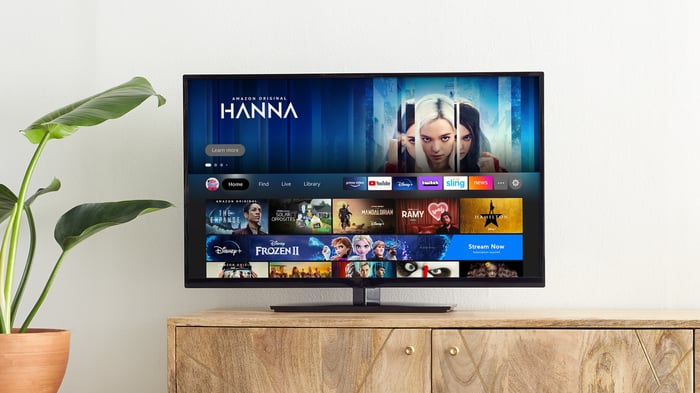 The new Fire TV Stick features a speedier processor, making it 50% more powerful than its predecessor. It has a dual-band antenna and Wi-Fi that result in fewer dropped connections. The device also boasts an Alexa-powered Voice remote, HDR, and Dolby's (NYSE: DLB) Dolby Atmos, and will soon support video calling, all for $39.99.

The Fire TV Stick Lite is billed as 50% more powerful than the previous full-featured Fire TV Stick, offering "the most processing power of any streaming media player under $30."

Users had complained that the Fire TV landing page was too cluttered, so the makeover of the user interface sought to make it simpler and easier to find entertainment to watch, while also supporting up to six user profiles per household.

Amazon's new devices will ship next week, but the new features won't be available until later this year.

The tech giant has been working to overtake Roku in the connected TV market. A survey of 1,048 U.S. consumers in August found that Roku maintained the lead over Fire TV, its chief rival. Of respondents who had a connected TV, 43% reported owning a Roku device, while 35% said they had a Fire TV. Apple TV brought up the rear with 27%.