Some of 2020's hottest stocks have fallen by more than 22% since hitting all-time highs earlier this month. They are prime candidates to bounce back.

The market's getting wobbly at the knees, and some stocks have already fainted. Many of the market's hottest stocks have corrected sharply after hitting all-time highs earlier this month, but they might also be the first ones to recover from the latest setback.

Apple (AAPL 1.31%), Tesla (TSLA 4.31%), DocuSign (DOCU 13.89%), and Snowflake (SNOW 2.99%) -- yes, even Snowflake -- have all sold off over the past few trading days. They hit fresh highs earlier this month, but they're all trading at least 22% lower as of Wednesday's close. If the market keeps reeling you may want to consider all four of the fallen darlings as prime candidates to bounce back. 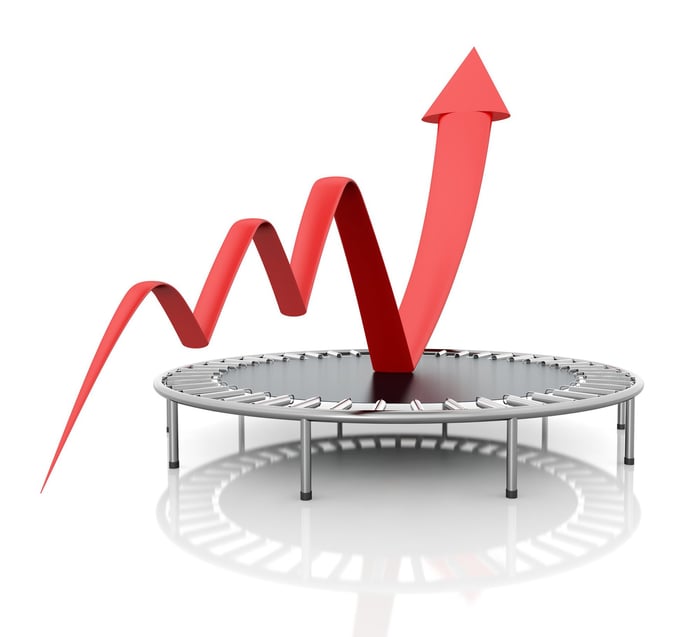 Apple and Tesla soared last month after announcing stock splits. It's only natural for some of that shine to come off after the splits were executed. Its App Store battle over Fortnite wages on, and it's a war that no one might win. Apple also didn't help its chances to recover last week after it failed to introduce the new 5G iPhone during a media event.

The good news is that Apple is still the same innovative tastemaker it was earlier this month. Now it just happens to command a market cap well below $2 trillion. Apple still managed to post double-digit revenue growth with earnings climbing even faster in its latest quarter. Our appetite for Apple gadgetry continues to be strong.

One of this year's hottest stocks has been driving in reverse since peaking three months ago. Tesla's gains last month were even stronger than Apple's burst in light of the mutual stock split moves, so it's not a surprise to see it checking in with a slightly wider retreat.

Like Apple, Tesla also hosted a media event this month that didn't wow investors. Tesla's Battery Day on Tuesday offered up a lot of good news about the future efficiency of the batteries that power its electric vehicles. Unfortunately, the timelines for some of these products were too far out and there was no hint of the million-mile battery option some were buzzing about ahead of the event.

Tesla is volatile, but it ultimately finds a way to move higher. If you're making a move on the promising electric car maker, buying in after it has shed nearly a quarter of its value isn't a bad starting line.

The undisputed leader in electronic signatures didn't host a disappointing media event this month to trigger its slide. DocuSign simply posted financial results the day after its stock hit an all-time high.

The numbers were great. Revenue growth accelerated to a 45% year-over-year increase for its fiscal second quarter. Billings rose at en even heartier 61% clip. DocuSign also bumped its guidance higher, making this year another "beat and raise" report. The stock simply sold off because even winners need to exhale every now and then. DocuSign then got caught up in the general market malaise with some investors rotating out of the year's earlier winners.

Snowflake has only been trading since last Wednesday, but it's already a candidate to bounce back after soaring on its first day of trading. The cloud-native data management system specialist hit the market at $120, opened at $240, but traded as high as $319 on its IPO debut.

The market has felt guilty about reaching too high for a company early in its growth cycle, but there's a lot to like about Snowflake. It has strong relationships with a lot of big companies, and its ability to generate more revenue out of its existing clients is better than most hot cloud stocks. With revenue more than doubling in its recent quarters there's a lot of upside to Snowflake despite the lofty valuation.

Apple, Tesla, DocuSign, and Snowflake were on top of the world earlier this month. They have corrected sharply, but they continue to be some of the market's strongest growth stocks. They are down, but they're definitely not out for the count.