The visual discovery company has all the ingredients to make a massive empire.

After avidly following the stock after its IPO in 2019, I finally decided to open up a starter position in Pinterest (PINS -2.36%) this past summer. And even though shares have doubled 2020 to date, I recently purchased more, because Pinterest has all the right pieces to grow into a much larger company in the years ahead.

A massive user base -- still untapped

In the digital economy, a key way to determine the future value of an online business is by the number of users it has. And in this regard, Pinterest shines. At the end of June 2020, monthly active users surged 39% year over year to 416 million, making the visual discovery company one of the largest internet communities around. Combining elements of internet search and social media, it's easy to see why it has picked up so many active accounts. 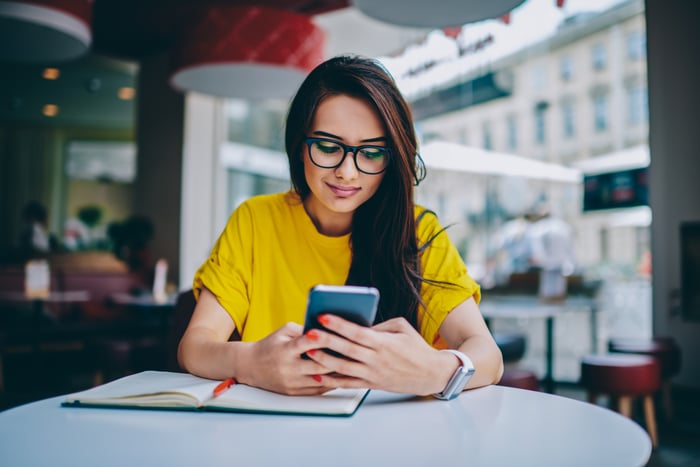 Much like with other internet businesses, ads pay the bills. Advertising activity temporarily cooled off during the spring quarter, causing average revenue per user (ARPU) to decline to $0.70 (versus $0.88 in the prior-year period). As a result, second-quarter revenue increased only 4% to $271.9 million. But economic activity has started to resume as 2020 has dragged on. If it continues to add more monthly users, Pinterest could report a big jump in sales for its current quarter (more on that in a moment).

But longer term, Pinterest's ARPU represents a massive growth opportunity. While not the same kind of social media outfit, Facebook's advertising-based ARPU was nearly 10 times higher than Pinterest's in the second quarter, coming in at $6.91 across its global user base. It has taken Facebook years to build up to that rate, but it nonetheless illustrates the second financial element that could work in Pinterest's favor and complement the growing number of active users.

To promote further activity (and thus ARPU), Pinterest has been increasing the number of use cases on its platform. Political campaign ads were axed years ago, the site instead focusing on being a place for people to get their creative juices flowing and plan for various projects. And businesses are looking for new ways to engage with customers during the pandemic and sidestep much of the political partisanship associated with some other social media platforms. Pinterest has found resulting success in diversifying its advertiser base and is building new capabilities around video, e-commerce, and ad purchasing management.

Pinterest stock isn't for everyone. Net losses totaled $241.9 million during the first half of 2020. However, using free cash flow (revenue less cash operating expenses and capital expenditures), the company was actually in the black, generating $9.4 million in positive free cash flow through the end of June.

Still, that isn't going to impress some investors. It's inevitable that as it maximizes its potential users and businesses utilizing its platform, Pinterest is going to generate little to no bottom-line profit. But that's OK. Thanks to its 2019 IPO, this small social media site has an enviable war chest totaling $1.7 billion and zero debt.

And further on down the road, this could be a wildly profitable internet business. Gross profit margin on services rendered was 68% over the last 12 months -- not bad considering all the ad activity that dried up in the first half of 2020. If the company can add more users and increase ARPU, those gross margins bode well for the company's eventual bottom line.

A reasonable value for expected growth

It remains to be seen what kind of growth trajectory Pinterest will return to as effects from COVID-19 begin to wane, but the company said that in July, sales were up 50% from a year ago -- back to the 51% growth posted for full-year 2019. Perhaps that's too good to be true going forward. Management did offer vague third-quarter 2020 guidance for mid-30% revenue growth. Either way, though, there is plenty of fuel left in the tank.

After the rally in share prices this year, the stock trades for 19 times trailing 12-month sales and just over 16 times expected full-year 2020 sales as of this writing. It isn't cheap, but it's reasonable given the growth story that is still taking place. Looking more than a few years into the future and assuming Pinterest's double-digit revenue expansion continues, the stock looks attractively priced to me.

My total position in Pinterest is still a very small one even after making my last purchase, but I'll continue to increase my stake with periodic buys every month or two. Given early signs that consumer and business behavior may be permanently altered by the pandemic, Pinterest looks like a timely portfolio addition and remains high on my watch list.