Pinterest is elbowing its way into the e-commerce conversation.

The COVID-19 recession created concerns that advertising-reliant companies like Pinterest (PINS 2.62%)were in for some pain. The visual search platform was especially vulnerable, as it's still in the early stages of monetizing its network via merchant ads and business accounts.

Yet digital advertising is proving to be quite resilient during this particular recession. In fact, the novel coronavirus crisis is spurring on e-commerce, with many small businesses that operate on the Shopify platform or that advertise via Facebook's (META 0.74%) family of social networks getting a boost.

Pinterest is still a relatively small player in this new battle for the democratization of retail, but its fast-growing user base gives it a shot at success.

A "broken" IPO, but not for lack of growth

Even after rallying 13% this year (compared with a 5% drop for the S&P 500), shares of Pinterest are still below their April 2019 public debut price. That earns it the "broken IPO" badge. 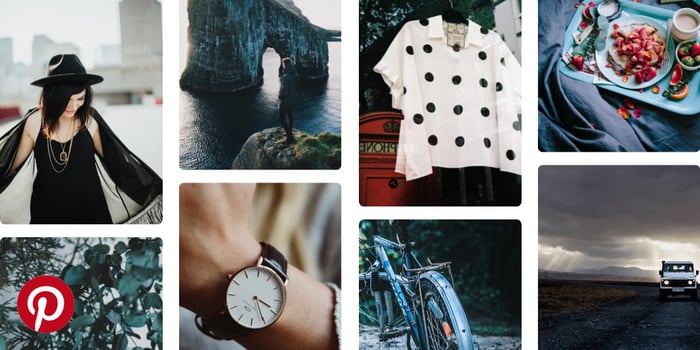 In international markets -- which make up three-fourths of the monthly user base -- average revenue generated per user increased 76% in Q1, but only to a paltry $0.13. That's compared with an average revenue per user of $2.66 here in the U.S.

All told, the company saw a 35% increase in revenue (to $277 million) in the first three months of the new year. While guidance for full-year 2020 was pulled due to the fluid state of affairs around the globe, that increase was a decent start. The recent surge in all things digital bodes well for Pinterest and suggests that the company will maintain its positive trajectory -- if not with revenue growth, then at least with new users.

The company said the growth of its platform in 2020 centers around content, adding new use cases, diversifying the types of ads it supports, and adding shopping to its social discovery platform.

Of course, many investors are hung up on the fact that Pinterest still operates at a loss -- and the red ink isn't going away anytime soon. In fact, while no specific guidance was given, management warned that its cost of revenue increases with the number of users (not with revenue itself) and that operating expenses are expected to rise this year, too.

Put simply, the adjusted net loss of $59.9 million in Q1 could worsen in quarters to come. On a free cash flow basis, the positive $50.3 million generated in Q1 could retreat to negative territory later this year as well.

But here's the good news: While it remains in user-adding but loss-generating mode, Pinterest is well funded to support its expansion. The company had $1.74 billion in cash and marketable securities and zero debt on its balance sheet at the end of March 2020. If backing out noncash line items from Q1 and annualizing the figure, the balance sheet has enough liquidity to cover over a year's worth of costs and expenses.

And then there's valuation. Since profits are intentionally nonexistent for the moment, investors are left with price-to-sales ratios. Currently at 9.7 trailing-12-month revenue, the visual search platform is valued at roughly the same price as Facebook (9.2 times trailing revenue) and lower than Match Group (MTCH) (12.3 times trailing revenue), even though Pinterest is growing its top line at a far faster pace.

While this is an apples-to-oranges comparison -- Facebook is in a class all its own, and Match Group is a dating social app rather than one for shopping -- it gives investors an idea of the discount built into Pinterest stock at the moment, likely because it still operates at a loss.

In other words, while Pinterest will likely be a volatile investment as it works through pandemic-related issues and builds toward consistent profitability on a free cash flow basis, this social platform looks like a relative value to its peers.

And with a market cap of only $13 billion, there's plenty of room for it to grow in this new era of digital shopping. I personally still haven't pulled the trigger yet, but I plan on adding Pinterest to my portfolio soon.