Livongo is making a big splash in telemedicine, especially given its upcoming merger with Teladoc, but Humana is a better alternative for investors.

It makes sense as an investor to follow trends (to an extent!). Telehealth is definitely a concept that has grown in popularity because of the COVID-19 pandemic, and the trend will likely continue to expand after coronavirus fears are gone.

Telehealth makes sense from a lot of angles, even in a world without the concern of catching coronavirus in a doctor's office. Insurance companies like telehealth because it cuts down on costs associated with having to go to a doctor's office or hospital for basic medical care. Patients see telehealth visits as more convenient than schlepping across town to cool their heels reading two-year-old magazines while waiting for an appointment.

According to a 2018 report, telehealth is expected to be a $185 billion market by 2026. Two things making telehealth more effective are better remote monitoring devices and improved telecommunication technology, such as 5G internet speeds. 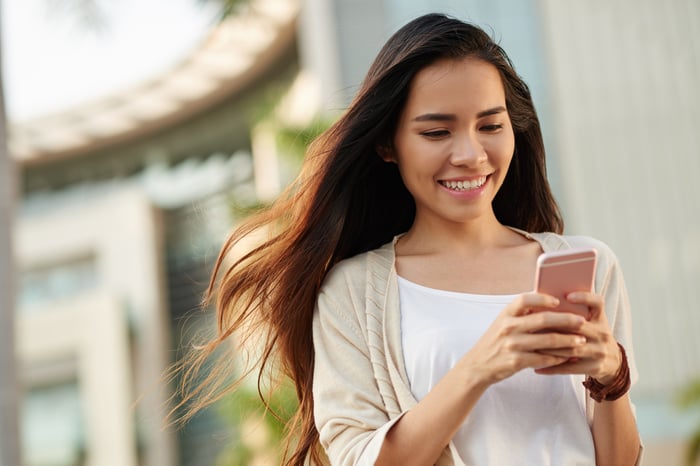 Livongo will be a clear leader in the field

Anyone who bet against Livongo (LVGO) this year is likely feeling foolish now. The company's share price is up more than 424% year to date. When Teladoc Health (TDOC 5.09%) said in early August that it planned to merge with Livongo, that news did little to slake investors' thirst for either stock; the $18.5 billion deal is expected to be completed by the fourth quarter. Livongo has had a great year with reported revenues of $160 million through six months, 120% ahead of the same period in 2019.

However, and this is a big "however," Livongo is still losing money. Though the red ink has slowed because of those increased revenues, it still lost $7.2 million over the past six months. The company's primary business is managing chronic health conditions such as diabetes and hypertension, and it is hoping to see some economy of scale with the merger with Teladoc, which specializes in virtual care.

Here's the problem. While Teladoc's announced revenues of $260 million through six months were 59% ahead of the same period in 2019, Teladoc, like Livongo, is still losing money -- including $55.3 million in the first two quarters. 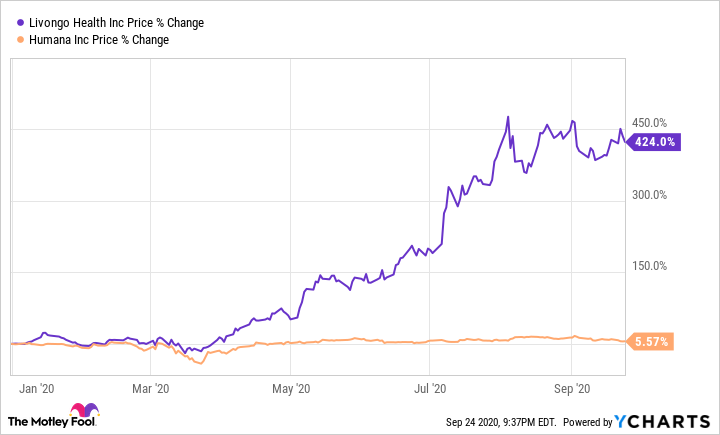 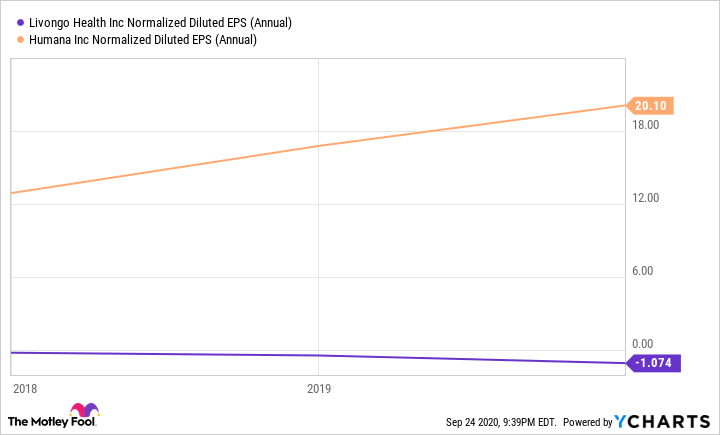 Humana is a better bet in the space

Humana (HUM 3.14%), meanwhile, is far from a pure-play telehealth stock. It's a health insurance provider with 46,000 employees that pulled in $64.8 billion in revenue in 2019 and works with Medicaid, Medicare, and employee health plans.

Management does have a keen interest in telehealth, however. They have pushed for telehealth initiatives out of necessity during the pandemic, but realize they are a great way to keep healthcare costs down -- and that's where Humana makes its real money.

In April, the company began partnering with Doctor on Demand to offer a primary care plan, called On Hand, where patients will have one primary care physician and access to preventative care, behavioral health, and urgent care through video. If patients require care beyond a video visit, they can get referrals for Humana network physicians. The idea is to bring costs way down, with patients paying no copay for a video visit and a $5 copay for typical lab work or prescriptions.

Humana is also a company with solid financials. Whatever COVID-19-related claims it had to pay out this year, those costs were more than negated because so many medical procedures were put off due to the pandemic. Humana kept a lot of money it might normally pay out in claims, so consequentially, its share price is up a little more than 5.5% since January.

The company's revenues through the first six months of 2020 were a reported $38 billion, a rise of 17% year over year, most of that from the company's retail insurance segment.

While telehealth is trending, the company's long-term prospects are buoyed by another healthcare trend. Currently, census.gov estimates show there are 55 million people in the United States age 65 or older. By 2030, those estimates show the number of people in the U.S. old enough to receive Medicare will increase to more than 71 million. The company is already seeing the effects. In its second-quarter report, it said it had 608,300 Medicare Advantage members, a net increase of 17% year over year.

It's a simple choice, really

Livongo is taking a big gamble with its merger with Teladoc, and so far this year, its returns have been huge. However, given the choice between chasing the gains of a stock whose valuation has climbed really high or investing in a company with solid financials and a long history of success such as Humana, it's easy. Humana has more than 15 years of steady revenue gains. Unless you like risky plays, Humana is a better choice, even as an unconventional telehealth stock.

2 Underrated Dividend Stocks That Are Aristocrats in the Making