Please ensure Javascript is enabled for purposes of website accessibility
Log In Help Join The Motley Fool
Free Article Join Over 1 Million Premium Members And Get More In-Depth Stock Guidance and Research
By Jim Halley – Sep 30, 2020 at 6:45AM

Both are working on gene-editing therapies, with plenty of potential upside. But which is the better stock right now?

You can't use traditional means to compare CRISPR Therapeutics (CRSP -0.07%) and Editas Medicine (EDIT -3.28%) because they are emerging biotech companies with little revenue, and several years between their current efforts and any form of profitability. 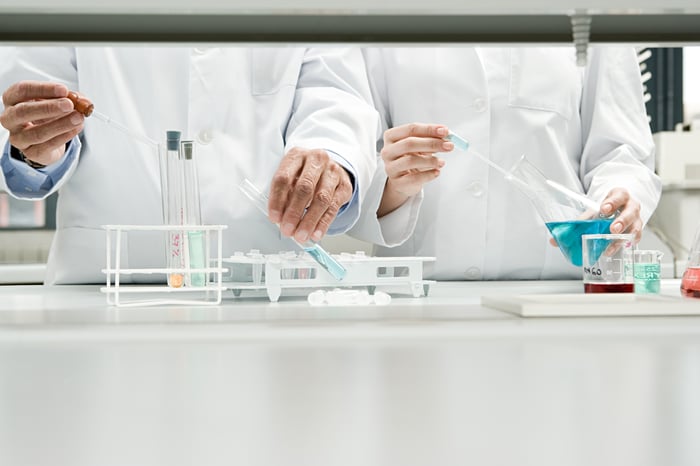 The first is CTX001, which CRISPR has been developing with Vertex Pharmaceuticals (VRTX -1.01%) as a treatment for two genetic blood disorders: severe sickle cell disease (SCD) and transfusion-dependent beta thalassemia (TDT). According to CRISPR Therapeutics, CTX001 edits a patient's stem cells from within their bone marrow and instructs those cells to produce high levels of fetal hemoglobin (HbF) in their red blood cells. HbF, a hemoglobin that carries oxygen, is present at birth but is replaced with the adult form of hemoglobin by the body as we age. The thought is fetal HbF will eliminate the need for transfusion in TDT patients and will help reduce the number of sickle crises experienced by SCD patients. 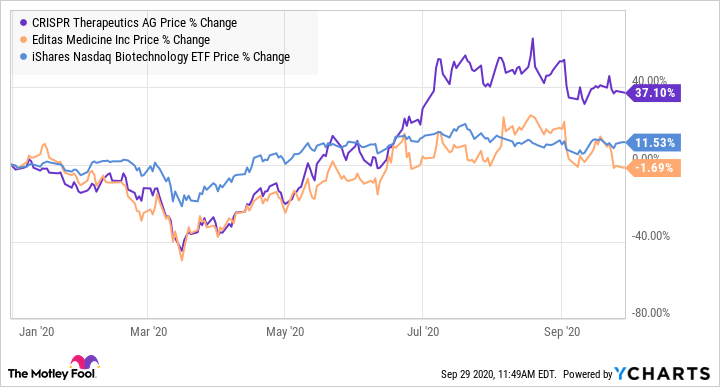 Like CRISPR, Editas is getting help from a larger pharmaceutical company on EDIT-301. Its collaboration is with Allergan (AGN), which was bought by pharma magnate AbbVie (ABBV 0.14%) in May. Editas said that it plans to apply for an investigatory new drug (IND) application with the FDA by the end of the year, allowing the company to start human trials. Editas also said that it sees potential for EDIT-301 as a treatment for TDT.