The company is fighting back against short-sellers with a planned demo of its medical imaging technology.

Shares of Nano-X Imaging (NNOX -5.53%) were skyrocketing 42.1% higher as of 11:03 a.m. EDT on Friday. The huge jump came after the company announced Thursday evening that it plans to demonstrate its Nanox.ARC digital X-ray system at the Radiological Society of North America (RSNA) annual meeting to be held in Chicago from Nov. 25 through Dec. 5. 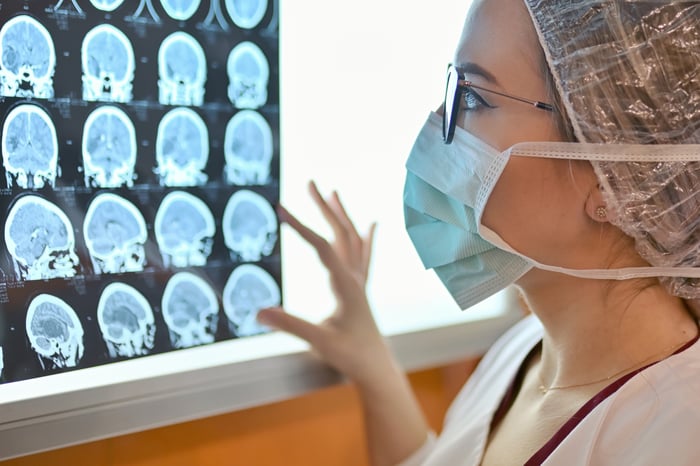 The company is under attack by short-sellers. In recent weeks, two short-sellers, Citron Research and Muddy Waters, have come out swinging. Citron called Nano-X "a complete farce" and questioned whether the company's technology works as Nano-X claims. Muddy Waters stated that Nano-X "has no real product to sell other than its stock."

There's an old saying, "put up or shut up." Based on Nano-X's plans to present at the RSNA meeting, it appears the company intends to put up. Nano-X's press release stated that its presentation will include a live demo of its Nanox.ARC system, followed by a question-and-answer session with professional radiologists and presentations of clinical applications of the medical imaging system.

In the press release, Nano-X CEO Ran Poliakine said, "We look forward to this demonstration which will allow people to see the depth and validity of our technology." Poliakine was blunter in a phone interview with Bloomberg, saying: "They say that we have no viable technology or product. As simple as that, we're going to present to the world, publicly, live, everything that will simply crush all these baseless things."

Many investors will eagerly await Nano-X's demo at the RSNA meeting. The healthcare stock has a lot riding on how well it goes. Nano-X could shut up its most vocal naysayers. Or it could spur even more doubts. We'll know within the next couple of months.