There are plenty of reasons to like Snowflake, but these three are a great start.

Snowflake (SNOW 7.80%) is still hot off of its mid-September IPO and the cloud data company is getting a lot of attention from investors. One reason is that the company's shares skyrocketed on its first day of trading.

Snowflake's shares were priced at $120 the night before it went public, only to open at $245 per share the morning of its IPO. They closed the day priced around $254.

But aside from Snowflake's massive gains on its first day of trading, there are three reasons why investors are interested in this tech stock, and why those who aren't paying attention to it might want to start. 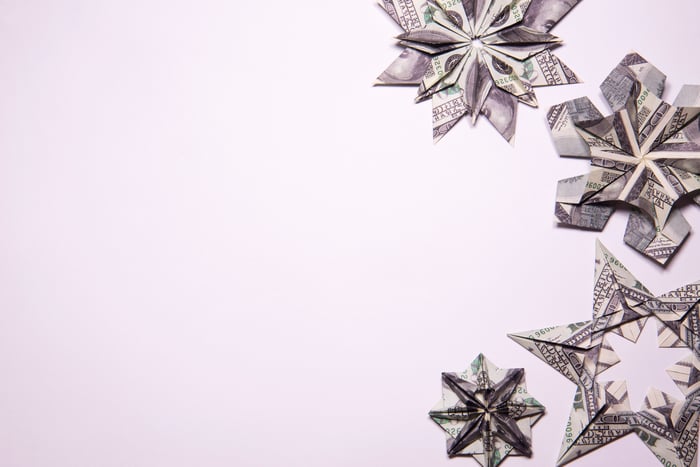 Most notably, Warren Buffett's Berkshire Hathaway owns more than 6 million shares of Snowflake, including 4 million shares that were purchased at the IPO. Followers of the famed investor will notice that this doesn't follow a typical Buffett-style investing strategy.

For one, Buffett has been fairly opposed to IPOs and, in the past, hasn't been all that interested in tech stocks (until Apple, of course). It's worth pointing out that Buffett doesn't own the Snowflake shares personally, but as CEO of Berkshire it's clear that he would have a say if he didn't want his company buying Snowflake's stock right when it goes public.

2. The company's sales are experiencing a flurry of growth

There's no debating that Snowflake is a high-growth stock. The company's sales increased 174% in the fiscal year ending on Jan. 31, 2020, and were up 133% in the first half of this year. The company is also rapidly expanding its customer base, which has doubled over the past year.

And those customers are spending more and more money on Snowflake's cloud data platform. The company's net revenue retention rate is 158% and the percentage of customers that spend more than $1 million with Snowflake is now at 41%, up from just 14% a year ago.

3. The cloud data market is massive and just getting started

In the company's S-1 filing, Snowflake talked about its cloud data market potential noting that, "Based on our own estimates, we believe the addressable market opportunity for our Cloud Data Platform is approximately $81 billion as of January 31, 2020."

For a company that's just getting started in this space -- it made just $242 million in revenue in the first six months of 2020 -- $81 billion is a massive market opportunity. Snowflake also believes it could tap into the analytics data management and integration market, as well as the business intelligence and analytics tools market, which will have a combined market value of $84 billion by the end of 2023.

All of this means Snowflake has plenty of room to use its data organizing platform to tap into all of these expanding markets in the coming years.

Keep your long-term perspective in place

Investors can sometimes be drawn to high-growth companies that have just gone public, and I'd recommend doing your own vetting to see if Snowflake's high-flying valuation is worth it for your portfolio. But it appears that Snowflake could end up being a good long-term bet for investors looking for a fast-growing tech stock that's carving out its own niche in the cloud data space.