The President's physicians started him on a course of treatment with an antiviral drug authorized to treat hospitalized COVID-19 patients. 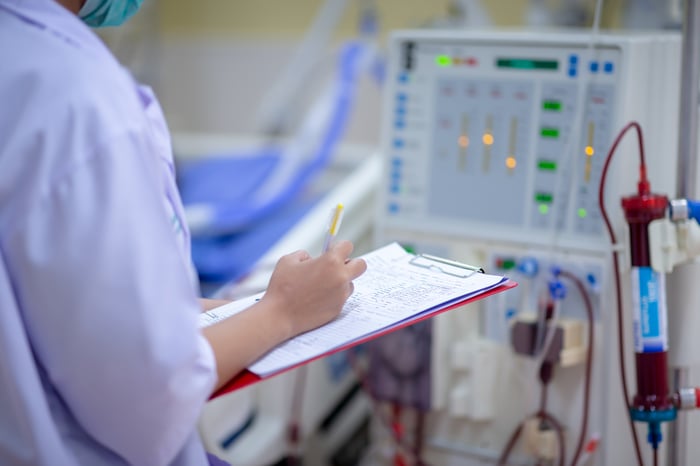 At the moment, Veklury is authorized by the FDA for the emergency treatment of hospitalized COVID-19 patients and patients with moderate symptoms. In August, Gilead Sciences submitted a new drug application for Veklury, supported by results of a randomized, placebo-controlled study conducted by the National Institute of Allergy and Infectious Diseases (NIAID).

During the NIAID study, treatment with Veklury didn't produce evidence of a survival benefit, but it significantly reduced the amount of time COVID-19 patients spent in the hospital. A majority of patients that received remdesivir recovered in 11 days or less compared to 15 days for the placebo group. Gilead has also shown a five-day course of this intravenously delivered treatment works just as well as a 10-day course.

American hospitals have been able to purchase Veklury directly from Gilead since Oct. 1. Over the past five months, the U.S. Department of Health and Human Services has distributed enough Veklury to provide around 150,000 courses of treatment in U.S. hospitals.