Please ensure Javascript is enabled for purposes of website accessibility
Log In Help Join The Motley Fool
Free Article Join Over 1 Million Premium Members And Get More In-Depth Stock Guidance and Research
By Rick Munarriz – Oct 5, 2020 at 11:50AM

There's less traffic on the road in the mornings, and that's been bad news for some prolific companies.

The economy is clawing its way back, but there are still fewer cars on the road in the morning. We may be going back to work and back to school, but for a lot of us the experience is virtual in the new normal. That's likely challenging for a lot of us, but things are particularly hard for the companies that relied on our morning commutes.

McDonald's (MCD 1.99%), Sirius XM Holdings (SIRI 2.63%), Starbucks (SBUX 1.61%), ExxonMobil (XOM 5.28%), and Dunkin' Brands Group (DNKN) are some of the players that miss you the most at the crack of dawn. Let's go over why these five publicly traded companies miss your morning commute. 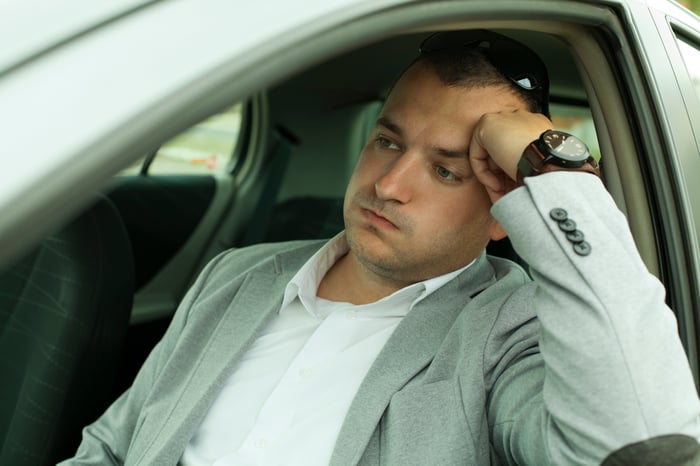 The world's largest burger chain's stock may be approaching the all-time highs it hit three weeks ago, but it's not as if Mickey D's is financially at the top of its game. Global comps plunged 23.9% globally and 8.7% domestically in its latest quarter.

The trend is improving with every passing month. U.S. comps in June clocked in with a mere 2.3% decline. However, the real pain here for McDonald's has been its morning business. Most folks may associate the Golden Arches with the Big Mac or its signature fries, but a quarter of its business takes place before lunch. Breakfast has also been its most profitable time of the day as folks load up on high-margin beverages.

Satellite radio has been a booming business, and no one knows this better than Sirius XM investors. The stock has delivered a whopping 11 consecutive years of positive returns, but that winning streak is likely to end in 2020.

Satellite radio is largely consumed in cars, and we're not driving as much as we used to. Folks who used to pair up their morning commutes with Howard Stern, commercial-free music, or other Sirius XM programming are no longer interested in shelling out a premium for satellite radio. Sirius XM has suffered back-to-back quarters of sequential declines in total subscribers, and that's not going to shift out of reverse until we get back into our cars in the morning.

The baron of baristas has seen a much larger drop in its business than McDonald's, as Starbucks relies on morning commuters coming in for their caffeinated fixes. Comps plummeted 41% in its latest quarter with comparable store-level transactions cut by more than half.

Starbucks can point out that folks are spending more when they do come in, with average ticket prices up a hearty 23% over the past year. However, that is likely the result of folks placing orders on mobile apps or buying beverages for everybody at home where they are working, learning, and living these days.

We haven't addressed the actual auto market yet. Folks putting less wear and tear on their cars is naturally going to make automobiles last longer, but why pick out a car brand or even a showroom operator when you can just go straight to the pump? ExxonMobil is the petroleum giant that at one point commanded the country's largest market cap before tech stocks took over, and now it's the one running out of gas.

Consumption was already an issue as more fuel-efficient cars hit the road, but now we're just not driving as much as we were before the pandemic. Weak demand naturally impacts prices. A gallon of gas averaged $2.169 last week according to the U.S. Energy Information Administration, down from $2.642 in the country a year earlier. ExxonMobil is running out of gas -- in a sense -- and income investors wooed by the juicy 10.6% yield right now better know that it's not sustainable if current trends continue.

Doughnuts are another morning staple, and it's easy to see why folks aren't loading up on the sugary treats and popular coffee from Dunkin' these days. Revenue and earnings plummeted 20% and 38%, respectively, in the second quarter. Domestic comps at Dunkin' fell 18.7% for the period, but like McDonald's it did see sequential improvement as April, May, and June played out.

Dunkin' does also own the Baskin-Robbins scoop shops which help partly offset the chain depending on the breakfast daypart. However, business wasn't so hot for the cool stuff, as Baskin-Robbins comps slipped 6% in its latest quarter.

McDonald's, Sirius XM Holdings, Starbucks, ExxonMobil, and Dunkin' Brands have seen better days -- or at least better mornings -- but the new normal isn't permanent. As mostly consumer discretionary stocks, business will keep picking up as the pandemic and recession show signs of improvement. Cheer up! Morning gridlock traffic will be back.