The fast-food company said its business improved steadily throughout the quarter.

Fast-food giant McDonald's (MCD 0.39%) reported Tuesday that its global comparable-store sales were down 23.9% for the second quarter, but as ugly as that result was, there was some positive news. The worst of the sales plunge took place early, and comps improved sequentially as the quarter progressed. And, as of the quarter's end on June 30, the company said that nearly all of its 39,000 restaurants around the world were open for business again.

"Our strong drive-thru presence and the investments we've made in delivery and digital over the past few years have served us well through these uncertain times," President and CEO Chris Kempczinski said in the press release that accompanied the Q2 report. 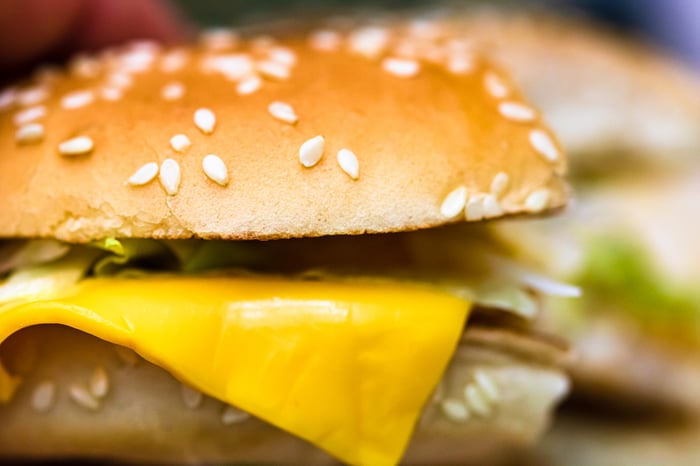 Net income for the quarter plunged 68% on a 30% drop in revenue. The company said it spent more than $200 million on marketing designed to support franchisees and help accelerate the sales recovery. It also said it aided franchisees' liquidity by paying $31 million to distribution centers for obsolete inventory.

Though the trends at U.S. locations improved steadily through the quarter with strong average check growth, overall, comparable sales and guest counts remain lower year over year. Internationally, temporary store closures and limited operations impacted results, particularly in the U.K. and France. In Australia, comparable-store sales actually grew year over year in May and June, powered by strong drive-thru performance.

In the U.S., virtually all of McDonald's restaurants are operating again, but most are strictly using a drive-thru, delivery, and pick-up model, the company said. About 2,000 locations have reopened their dining rooms at limited capacity.

Restaurants in all of its international markets are operating their drive-thrus, as well as providing delivery where available. In some markets, the burger chain is also offering take-away as an option, as well as dining room service with limited capacity, the company said.