Caterpillar stock has shot upward to a new 52-week high; is it still a buy?

Caterpillar (CAT 0.19%) has signed an agreement to acquire Weir Group's (WEIR -0.59%) oil and natural gas division, Weir Oil & Gas, for $405 million in cash. Pending shareholder and regulatory approval, the deal is expected to close by the end of 2020.

Here's what the deal means for Weir and Caterpillar, and whether investors should consider buying shares of Caterpillar, which are now trading at a 52-week high. 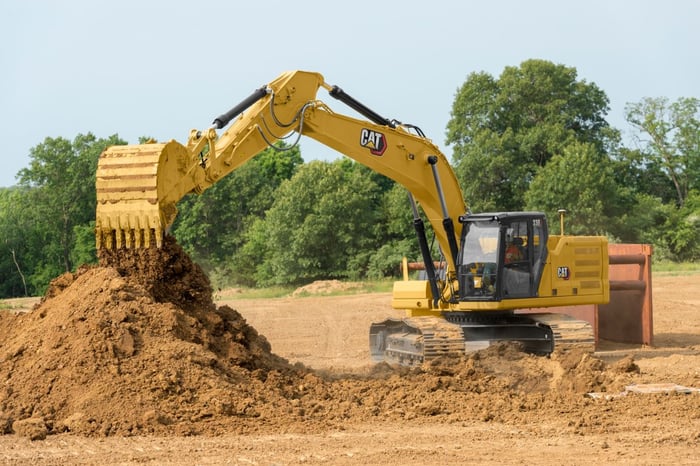 When Weir Group announced its 2019 results in April, the company hinted that it was interested in selling its struggling oil and gas business as part of a shift toward becoming a pure-play mining company. It's already well into its restructuring, having bought surface mining and infrastructure company ESCO in 2018 for $1.29 billion. It also sold its flow control division in 2019 for $359 million.

Weir's mining and minerals business achieved strong margin growth in 2019, whereas revenues for its oil and gas business fell by 25%. That was before the onset of the COVID-19 pandemic, which has inflicted even more challenges on the energy industry through lower prices and less demand. Weir's sale of its oil and gas division should help the company come closer to meeting its 2030 goal to reduce its carbon dioxide emissions by 50%. Weir says that it will use the proceeds of the sale to pay down debt and lower its leverage.

Many people know Caterpillar best for its bulldozers and excavators, but the company's energy and transportation division has emerged as its largest and most profitable segment as of the second quarter of 2020. Thanks to increased demand from the Asia-Pacific region, it was also the segment of the company least-impacted by the pandemic in Q2.

Weir's well completion and drilling products portfolio should fit nicely into Caterpillar's oil and gas division, which specializes in four core industries: gas compression, well service, land drilling and production, and offshore drilling and production. In terms of well service, both companies offer several frack pumps and fluid ends. Caterpillar will likely be looking to integrate Weir's similar products into its portfolio, and then capitalize further by pairing them with its own industry-leading engines and transmissions for well service. As for drilling, Weir's systems, wellheads, and drilling valves and seats will fit neatly into Caterpillar's portfolio of drilling modules, engines, and generator sets. Joe Creed, vice president of Caterpillar Oil & Gas and Marine, had the following to say:

Combining Weir Oil & Gas's established pressure pumping and pressure control portfolio with Cat's engines and transmissions enables us to create additional value for customers. This acquisition will expand our offerings to one of the broadest product lines in the well service industry.

Caterpillar touted the strength of its balance sheet as one of the main reasons why it was able to complete this acquisition. While it's true that the company has plenty of free cash flow to cover its dividend -- and has in fact raised its annual payout for 26 consecutive years -- its financial position is actually looking weaker due to rising leverage. 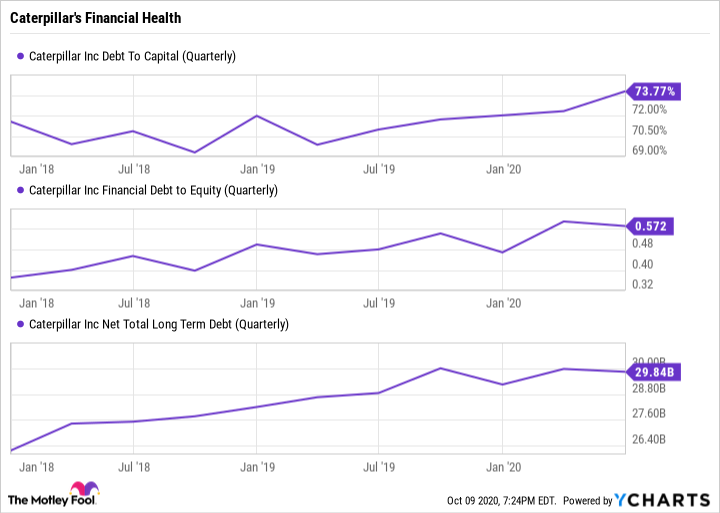 Caterpillar's debt-to-capital and financial-debt-to-equity ratios, and its total net long-term debt are all close to three-year highs. That being said, Caterpillar's financial position is still strong overall. Its suspension of share buybacks and access to low-interest-rate debt thanks to its investment-grade balance sheet will give it plenty of liquidity to pay for the Weir acquisition in cash.

Good for Caterpillar and Weir

Weir's oil and gas business should blend nicely into Caterpillar's growing energy and transportation segment. Similar to Chevron's purchase of Noble Energy in July, this acquisition seems to be a timely move that takes advantage of a buyer's market. It's also a good move for Weir as the company aims to focus on mining and improve its balance sheet.

After blasting to a new 52-week high on Friday, Caterpillar shares are now up 8% for the year and 25% over the past six months. Given Caterpillar's industry-leading position and its track record of growing its dividend, the company continues to exhibit qualities that make it a premium industrial stock to hold over the long term. Income investors would appreciate its 2.6% dividend yield, while growth investors might find value in its exposure to emerging markets through its global business portfolio. That being said, it would be reasonable to have reservations about buying Caterpillar at a 52-week high given the uncertainties that persist in this market. But consider adding the stock to your watch list so that you're ready to pick up shares during a stock market crash.