And that's a wrap. AdWeek 2020 -- the "worldwide gathering of marketing, advertising, technology and brand professionals" -- finished up last Thursday after running virtually for over eight straight days. 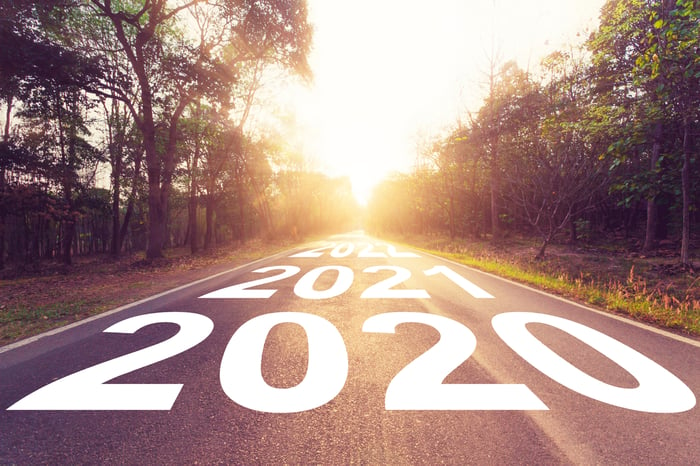 In the wake of AdWeek, at least two big investment banks are out with positive commentary on Google, the internet search and advertising giant owned by Alphabet. Jefferies says it is "incrementally positive" on Alphabet stock (and on Facebook and Snap as well), according to a report by TheFly.com.

Brother banker Deutsche Bank was even more specific -- and optimistic -- assigning a $2,020 price target to Alphabet stock, up from $1,975 previously, and a good 29% above where Alphabet shares are trading today. Deutsche says it saw a recovery in advertising spending in the third quarter and believes the outlook for ad spending in the fourth quarter is "strong."

Looking further out, in 2021 Deutsche believes investors can expect to see advertising spending and profit margins earned on those ads both accelerate, creating the potential for even more gains for Google and its peers.

Nor is Deutsche alone. On average, analysts surveyed by S&P Global Market Intelligence forecast a reversal of Q2's declines in Q3 and profits growing 11% sequentially at Alphabet, then rushing ahead 32.5% (again, sequentially) in Q4. By 2021, we should see a return to year-over-year growth, with Alphabet's profits climbing 26.5% in comparison to 2020 levels and then continuing to grow into 2022.

Buoyed by the good news, Alphabet stock closed up 3.6% in Monday trading.