Stocks have widely recovered from the coronavirus pandemic, with the S&P 500 back near all-time highs. Big names like Amazon helped lead the rally -- but now boast massive valuations that signal the market is getting pricy. Alibaba (BABA -1.85%) is a good alternative for value-conscious investors. Here's why the Chinese e-commerce giant is my top Robinhood stock to buy right now.

Alibaba has a low valuation

Value stocks are shares in companies that trade at low multiples compared to their earnings and long-term growth potential. With a price-to-earnings (P/E) multiple of 33, Alibaba looks cheaper than peers, as well as the overall market. The stock trades below the S&P 500 average of 35, and dramatically lower than its American rival, Amazon, which trades at a P/E of 132. 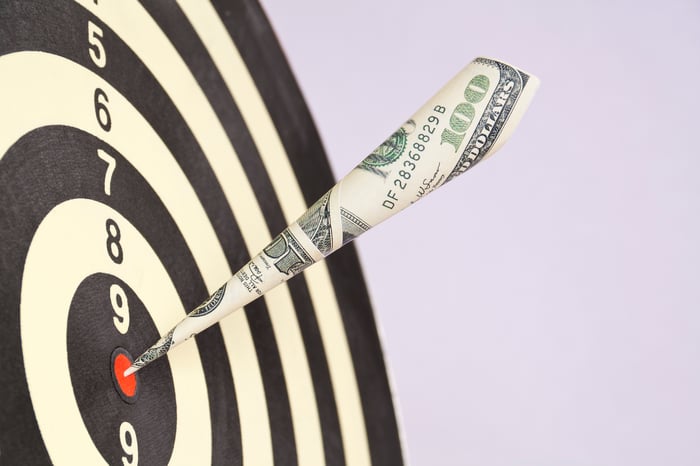 The market may be discounting Alibaba stock because of data quality concerns. As a Chinese company, Alibaba isn't held to the same strict reporting requirements as its American counterparts, making it easier for executives to potentially fudge numbers. U.S. lawmakers are moving to tighten this loophole with the threat of delisting companies that don't comply. But with risk comes reward, and Alibaba's super-low valuation is a compelling incentive to take a chance on the shares.

There's no evidence to date suggesting that Alibaba has ever misled the public. And the company's dominant position in the fast-growing Chinese e-commerce market also boosts the credibility of its reported growth, because it would be hard for management to convincingly lie on such a large scale.

China is the largest e-commerce market in the world. That market is projected to expand at a CAGR of 13.3% as consumers become more comfortable shopping online. Alibaba is an ideal way to bet on this megatrend because of its dominant 56% market share in Chinese e-commerce -- as well as its diversification into brick-and-mortar retail.

Alibaba's total revenue grew 34% to 153,751 million renminbi, the local currency, also known as yuan ($21.8 billion) in the fiscal first quarter, based on strength in the company's core commerce operations, which represent 87% of revenue.

To drive continued growth in this segment, management is investing in first-party retail offerings such as Freshippo, a membership-based shopping experience featuring mobile ordering and unmanned checkout kiosks. Freshippo competes with other membership retailers like Costco that operate similar business models. But it is poised for success because of its low annual price -- 258 RMB ($37), compared with 299 RMB at Costco -- as well as its technology-forward format and wide range of locations.

Freshippo boasts 200 stores around China, while Costco only operates one warehouse in Shanghai. 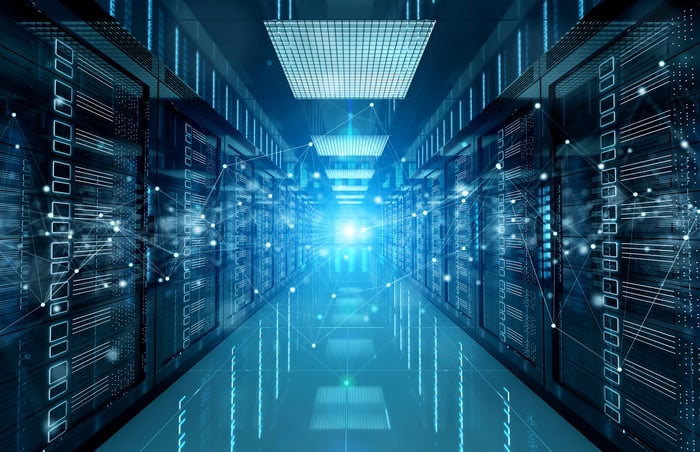 The bull thesis for Alibaba wouldn't be complete without looking at cloud computing. China is the world's second-largest cloud computing market, projected to grow at a CAGR of 22.1% until 2027 as more businesses move data processing and storage to the cloud. Alibaba Cloud commands a 40% market share in the industry compared to rivals Huawei and Tencent Holdings, which control 15.5% and 15.1%, respectively.

Alibaba's cloud computing business grew 59% to 12,345 million RMB ($1.83 billion) -- or 8% of total revenue in the first quarter. CFO Maggie Wu expects the cloud business to become profitable in fiscal year 2020 (which ends on March 31, 2021) as it rapidly grows in scale. Alibaba's total adjusted EBITDA increased 30% year over year to 51,039 RMB ($7.22 billion) in the first quarter, and upcoming profitability in the cloud business could help drive continued bottom-line growth.

The market isn't ignoring Alibaba's long-term potential. Shares are already up more than 40% year to date, compared to the S&P 500's gain of 8% over the same time frame. But it isn't too late to bet on Alibaba, because the company still boasts a relatively low valuation, and its retail and cloud computing businesses are poised for continued expansion as management works to stay ahead of the competition.

Alibaba Stock Is Down 75% From Its High. Time to Buy?

Why Shares of Alibaba, RLX Technology, and LexinFintech Holdings Are Surging Today

Why Shares of Alibaba, TAL Education Group, and Bilibili Are Rising Today

Down But Not Out: 2 Reasons to Hang On To Alibaba Stock
370%