Shares of Arrowhead Pharmaceuticals (ARWR 3.47%) rose sharply on Thursday and closed today's trading session up 9.9% after climbing by as much as 14.4%. The drugmaker did not report any news, but biotech giant Vertex Pharmaceuticals (VRTX 0.37%) released an update regarding one of its pipeline candidates, and the update bodes well for Arrowhead and its shareholders.

On Wednesday evening, Vertex announced it would discontinue the development of VX-814, a potential treatment for alpha-1 antitrypsin deficiency (AATD), a genetic condition that can cause lung or liver disease. The company decided to do so because VX-814 seems to have caused elevated liver enzymes in several patients during a phase 2 clinical trial. The news sent Vertex's stock plunging. Meanwhile, Arrowhead is also targeting AATD. The company is developing ARO-AAT as a treatment for liver disease associated with the illness. 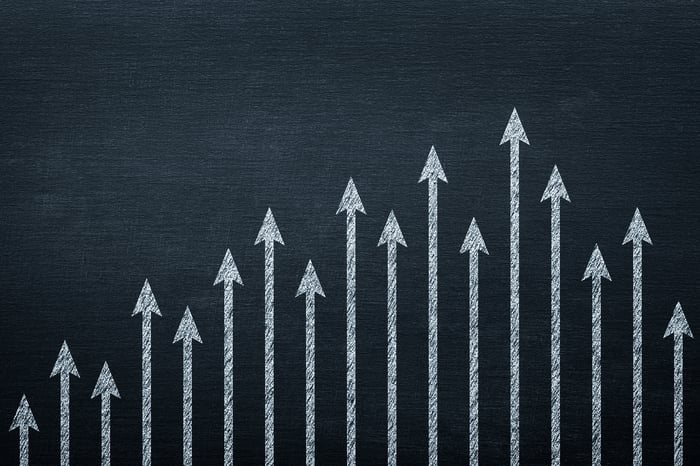 Last month, Arrowhead reported positive interim results from a phase 2 study for ARO-AAT. During the trial, the experimental medicine caused an improvement in liver stiffness and a decrease in liver injury in AATD patients. Given that there are few therapy options for AATD, it isn't surprising to see investors bidding up shares of Arrowhead after Vertex announced that it would halt the development of VX-814.

Arrowhead's potential AATD medicine does seem promising, but it might be worth it for investors to temper their expectations. While Vertex's VX-814 flopped, the biotech is developing VX-864, another experimental treatment for AATD. Vertex expects to release data from a phase 2 clinical trial for VX-864 during the first half of 2021. At any rate, both healthcare companies still have a long way to go before they can hope to launch their respective AATD medicines on the market.