Ally Financial (NYSE:ALLY) ended the week on a high note on Friday, posting Q3 of fiscal 2020 results that topped expectations, and reiterating that it will keep its dividend steady for now.

For the quarter, Ally booked non-GAAP (adjusted) net revenue of $1.68 billion, which was 4% higher than in the same period of 2019. Adjusted net income also headed north, rising at a faster clip of 19% to hit $473 million, or $1.25 per share. That was on the back of 13% growth in total deposits, and a 5% climb in originations for the company's core auto loan products. 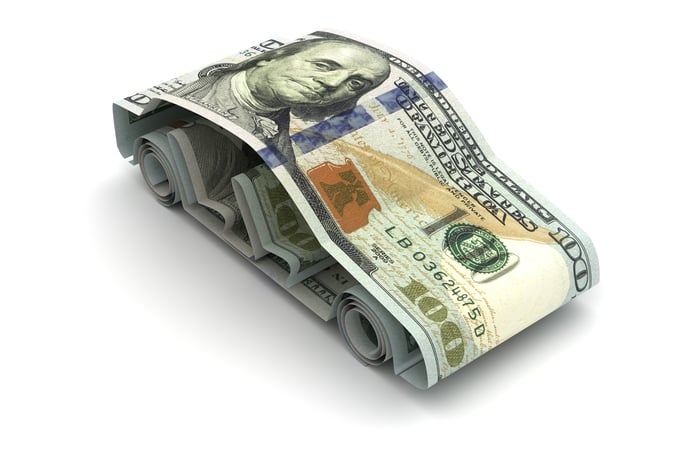 Both headline figures were well above the average analyst estimates, which predicted $1.55 billion for revenue and adjusted per-share earnings of only $0.68.

The bank's bottom line also received a boost from lower loan-loss provisioning, which fell by nearly 50% quarter-over-quarter to around $147 million. Earlier this year, like many peer banks, Ally dramatically increased its provisions in anticipation of significant loan defaults stemming from the coronavirus pandemic.

Ally also reiterated that its latest quarterly dividend would be $0.19 per share, as it announced earlier in October. This is to be paid on Nov. 13 to investors of record as of Oct. 30. It matches the last three payouts, the latest of which the bank dispensed in mid-August. At the most recent closing stock price, the dividend yields nearly 2.7%.

Thanks to the Q3 results, Ally's shares outpaced many banks and the wider stock market on Friday, rising by 2.7%.