If you think the country's already circling Nov. 3 on the calendar, that date is being circled twice over by Wayfair (NYSE:W) shareholders. The online furniture retailer reports fresh financials before the market opens on Election Day.

Wayfair has pulled off one of this year's most stunning market turnarounds, but not everyone on Wall Street is convinced that the gains will keep coming. Gordon Haskett analyst Chuck Grom downgraded Wayfair on Thursday, concerned about supplier constraints and rising online shopping-cart abandonment rates. Earlier this month, Colin Sebastian at Baird lowered his third-quarter revenue growth forecast as a result of shipping bottlenecks and other logistics hiccups.

With Wayfair's buoyant stock heading into a critical financial update in less than two weeks, is the 2020 comeback kid still worth buying? Let's size up the spectacular turnaround and Wayfair's near-term prospects to see if the stock is still worth a spot in your portfolio. 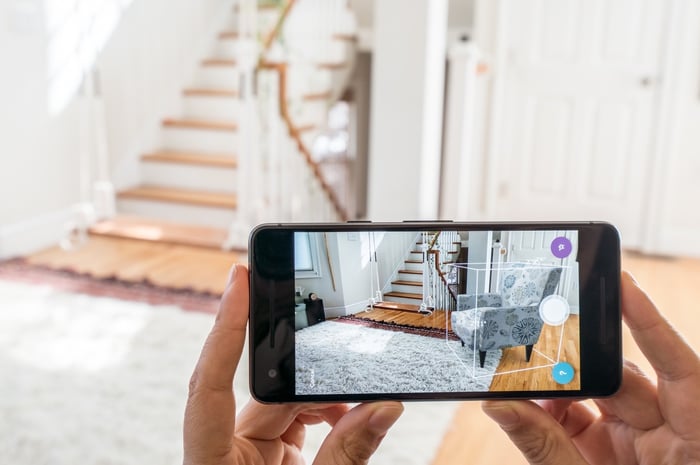 Wayfair stock was one of the hardest-hit stocks of 2020 when the COVID-19 sell-off ravaged the market through the final few weeks of winter. When Wayfair shares bottomed out in mid-March, they were trading 76% lower year to date. The stock would go on to soar 12-fold from its March 19 low.

Wayfair stock has skyrocketed a long way in a short amount of time, but it was the initial sell-off that got it wrong. Why were investors bailing on Wayfair in the early stages of the U.S. pandemic crisis? Folks were going to be spending more time at home, inspiring them to upgrade their surroundings. With local showrooms closed or unsafe to visit, the masses would be drawn to Wayfair's virtual storefront -- and that's exactly how things played out.

Wayfair went for 20% growth in net revenue through the first three months of this year to an 84% surge in the second quarter. Net revenue through early August rose 70% for the quarter it will discuss in less than two weeks.

Business will slow because local showrooms are now open. A lot of money on new home furnishings has already been spent. However, there's no reason to think that Wayfair won't keep surprising the market. Analysts see Wayfair net revenue slowing to 58% in the third quarter, and that assumes a dramatic deceleration after a hot start through the first few weeks of the period. Analysts see Wayfair earning $0.79 a share, but last time out, it more than tripled Wall Street's profit target.

Wayfair isn't cheap by most measuring sticks. It's fetching more than 100 times this year's earnings forecast, but we know that the company is coming off of back-to-back quarters of blasting through analyst estimates. Trading at less than two times this year's projected revenue isn't high compared to other growth stocks, but it's sky-high relative to other publicly traded furniture retailers.

The stock has already retreated by nearly a quarter off its summertime highs. Its active customer base has widened by 46% over the past year, and they're not going back to overpriced physical showrooms. Consumers are spoiled by the company's free shipping, inventory breadth, and augmented-reality tools that make online shopping more foolproof. We're also in a recession right now. If folks are currently sprucing up their homes, imagine what happens when we have more money and the comfort to spend it.

Wayfair is a buy right now. If the company's augmented-reality tool -- where shoppers can see how a piece of furniture fits in their desired room -- could be tweaked for your portfolio, you'd probably find that it's a good fit for a risk-tolerant growth portfolio. Wayfair gets it, and like its name, its value as an investment is "way fair" right now.