Plant-based-meat maker Impossible Foods, continuing its market share race with its chief rival Beyond Meat (NASDAQ:BYND) and other faux meat manufacturers, announced Monday it has forged a new partnership with Canadian supermarket chain Sobeys. Owned by Empire Company Limited, Sobeys is the second-largest grocery retailer in Canada, with approximately 1,500 outlets, 600 of which will start carrying Impossible Burger this week.

The Impossible Burger plant-based patties will go on sale both on physical store shelves at Sobeys locations and through Sobeys' Voila grocery delivery service, according to the press release. Some of Sobeys' subsidiary brands, including Safeway, Foodland, IGA, and several others, will carry the meat-free burgers, too. 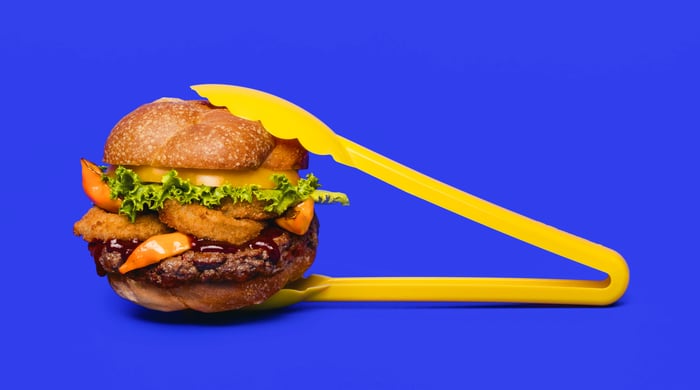 Paul MacLeod, Vice President of Merchandising at Sobeys, said in a statement the pact is part of Sobeys' push "to find innovative products to keep our assortment interesting and innovative."

Both Impossible Foods and Beyond Meat are rapidly growing their retail footprints in the uncertain but currently popular faux meat market. Beyond Meat has several types of plant-based meat available and is working on international expansion, a strategy also followed by privately held Impossible, which is additionally looking to enter the dairy market with its plant-based crackable eggs and non-curdling milk.

Impossible Foods is also edging closer to the potentially game-changing mainland China market. Last week, the company announced the start of Impossible Beef sales in Singapore and Hong Kong at 200 brick-and-mortar supermarkets as well as online, while it continues awaiting Chinese regulatory approval for mainland sales.