Please ensure Javascript is enabled for purposes of website accessibility
Free Article Join Over 1 Million Premium Members And Get More In-Depth Stock Guidance and Research
By Lawrence Rothman, CFA - Oct 29, 2020 at 11:15AM

The stock provides stability and income.

Walmart ( WMT 1.51% ) is an ideal company for retirees to own. After all, you are probably not looking for a fast-growing, high-risk stock. Rather, safer, dividend-paying companies are more suitable for your investment needs.

Let's take a peek at the company and see why Walmart checks all of these boxes. 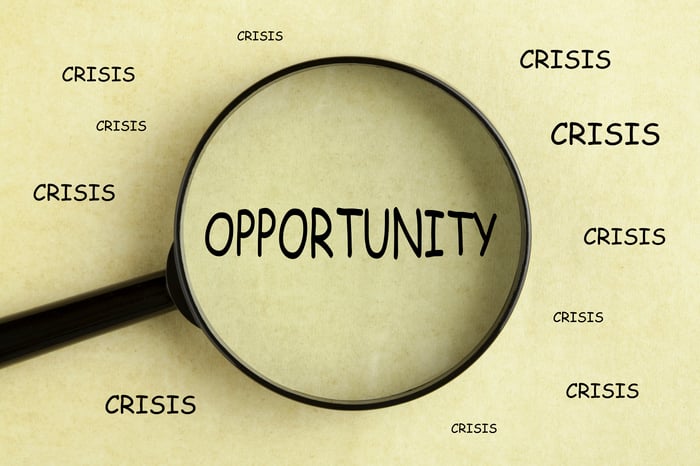 With the company's large size and strong balance sheet, this is one of the safest stocks you can buy. Opening its first discount store in 1962, it is now the world's largest retailer.

At the end of July, the company's balance sheet showed $16.9 billion of cash and $46.9 billion of debt (38% debt/total capital). Walmart is keenly focused on keeping costs down and passing these savings on to its customers in the form of low prices. The company's business model has great appeal and has made the company a major success. While other companies talk about expense reductions, Walmart makes them a priority.

In addition to finding comfort in the company's financial strength, you can also reap the stock's 1.5% dividend yield. Certainly, there are companies that have a higher yield, but you can sleep well knowing Walmart's payments are secure.

The company has been a reliable dividend payer for more than 45 years. In fact, it has increased its dividend annually since its first payment back in 1974. Walmart accomplished this feat through all kinds of headwinds, including severe recessions and the stagflation days of the 1970s. No matter how the economy fluctuates, you can pretty much count on receiving your dividend checks.

Walmart produces a ton of free cash flow (operating cash flow minus capital expenditures) to support the payments. In the first half of this fiscal year, ending on July 31, its free cash flow was $15.4 billion, which handily covered the $3.1 billion of dividends.

On top of the dividends, investors also benefit from Walmart's growth potential. In its second quarter, revenue grew by 7.5% on a constant currency basis to $140.2 billion. This strips out the effects of foreign currency movements. While the governments' steps to contain COVID-19 helped boost demand at Walmart, it had been experiencing top-line growth for several years before the pandemic struck.

The company is not standing still, either. It has been pushing its e-commerce business. Last month, it launched its monthly subscription service Walmart+ to help the company compete with Amazon's ( AMZN -1.38% ) Prime service. Walmart is charging $98 a year, which allows subscribers to receive delivery on numerous items without paying an extra delivery charge. Other membership benefits include faster checkout and discounts on gasoline. While early indications on sign-ups have been positive, investors will get more information when the company reports quarterly results next month.

Better still, though the virus has caused a recession, Walmart's low prices continue to draw customers. In fact, it typically does very well during a downturn. In the last decade's recession, U.S. same-store sales at both its Walmart and Sam's Club chains were positive, and the company's operating income went from 2007's $20.5 billion to $22.8 billion two years later.

The growth is a nice bonus to a strong dividend grower. When factoring in Walmart's stability, this adds up to a comforting addition to a retiree's portfolio.