Uber Technologies (NYSE:UBER) and Lyft (NASDAQ:LYFT) scored a big electoral victory in California after voters there overturned a state law that required the ride-hailing services to classify their drivers as employees.

Proposition 22 lets the companies continue classifying drivers as independent contractors, though it does provide a floor for wages and gives them certain benefits. The result on Tuesday was overwhelmingly in favor of the ballot measure with 58% of the vote. 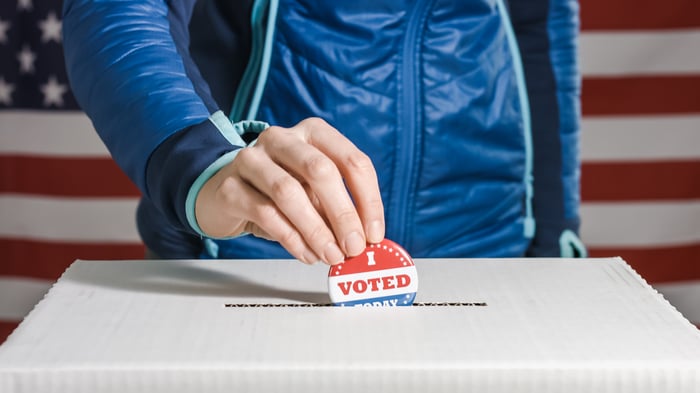 Uber and Lyft were facing massive cost increases after the state adopted Assembly Bill 5 (AB5) last year, which had both companies considering stark alterations to their business model, such as going to a franchise model in the state. Existing fleet operators that already classify drivers as employees would license the ridesharing company's brand and hire the gig workers instead. Another possibility was shutting down operations in the state altogether as costs could rise as high as $500 million.

While the businesses were granted a temporary stay from having to implement the new regulations in August, a state appeals court ruled late last month Uber and Lyft had to begin reclassifying employees within 30 days. The companies were counting on voters to overturn the law, and the ruling has now been rendered moot.

The ballot measure was not only backed by the ridesharing companies, but also by third-party food delivery businesses like DoorDash, Instacart, and Postmates.

Analysts believe the victory in California will now allow Uber and Lyft to pursue similar protections at the federal level, with states including Illinois, Massachusetts, New Jersey, New York, and Washington considering laws similar to AB5.

Uber and Lyft contend they are at heart technology companies that operate an app, not transportation companies.