In the early days of the coronavirus pandemic, Inovio Pharmaceuticals (NASDAQ:INO) was an exciting frontrunner in the vaccine race. The company garnered attention after it claimed to have created its candidate, DNA vaccine INO-4800, within three hours of receiving the genetic sequence of SARS-CoV-2 from a team of Chinese researchers. Fast-forward 10 months, and it's clear that Inovio significantly lags behind peers such as Moderna, Pfizer, and AstraZeneca, who already have phase 3 clinical trials underway.

Indeed, Inovio stock is now down nearly 70% from its peak as investors are arguably dismayed over the pace of Inovio's vaccine development. However, more concerning factors behind the company's rapid fall from grace still linger, and they point to a bleak future. Today let's take a look at why investors should be in no hurry to buy Inovio's stock on the dip. 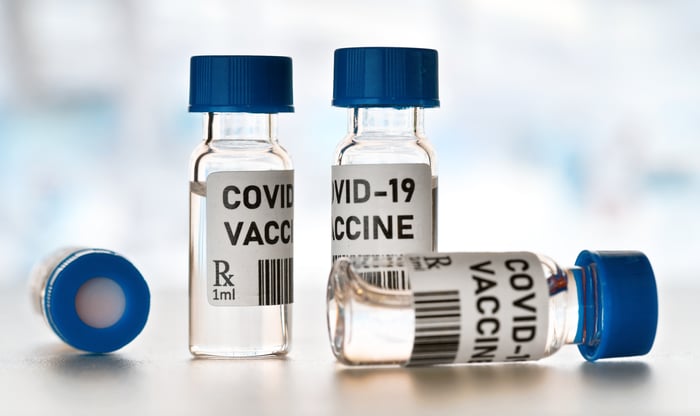 1. The lack of progress

Despite publishing interim phase 1 data on INO-4800 in late July, Inovio cannot advance it into later stages due to a continued clinical trial halt by the U.S. Food and Drug Administration (FDA) based on concerns regarding the candidate's delivery device. The technology, called CELLECTRA devices, delivers plasmids directly into cells intramuscularly or intradermally. Even though Inovio has responded to the FDA's concerns, there is currently no set date for when the trial will resume. The FDA can also ask for further clarification if it is unsatisfied with Inovio's response, which would further delay the study.

Inovio has inexplicably not published its phase 1 results in any peer-reviewed scientific journals, despite releasing them to the public around the same time as its competitors. Some investors may argue that it's not a big deal if a company is a few months late in independently verifying its study results. Unfortunately, due to the sheer number of competitors in the COVID-19 vaccine sector, small delays like this are leading to disproportionally large consequences for coronavirus stocks.

2. The absence of vaccine orders

Right now, the governments of the U.S., Canada, E.U., Australia, and Japan have collectively secured just about enough doses of potential COVID-19 vaccines for their entire populations. Hence, even if INO-4800 somehow advances to approval, its commercialization and market potential remain in question.

More striking, however, is the fact that there are now more than 5.7 billion doses of COVID-19 vaccine preorders worldwide, despite no candidate doubtlessly demonstrating safety and efficacy in large scale clinical studies. Countries around the world are obviously desperate for COVID-19 vaccines, setting the bar pretty low in terms of what it takes for a vaccine developer to earn external development funding.

That is rather strange in the context of Inovio's development efforts. As of Nov. 3, the company has no press releases stating that it received any form of preorder for INO-4800. Even though Inovio maintains that its candidate is part of Operation Warp Speed (OWS), it is not receiving funding from the initiative to produce vaccines. Instead, INO-4800 is only part of a preliminary preclinical study on monkeys under OWS.

As of June 30, Inovio has accumulated a net loss of $901 million since inception while generating limited grant and licensing revenue. The company does not yet have a marketable product. Additionally, management disclosed in Security and Exchange Commission (SEC) filings that the company would "continue to incur substantial additional operating losses for at least the next several years" for research and development (R&D) purposes.

When a company runs out of cash and wishes to stay afloat, it must offer debt or sell stock in the capital markets to raise capital, the latter of which will reduce the percentage of ownership by exisiting shareholders via a process called dilution. Back in 2010, Inovio only had 47.1 million shares outstanding. As of Q2 2020, its share count has grown to 155.8 million, with nearly 60 million new shares issued over the past year alone.

Scooping up shares of Inovio is one big gamble

Due to its slow coronavirus vaccine development, lack of international vaccine orders, and unflattering financials, investors should keep an eye on Inovio from far away, for now. Potential is not a promise -- regardless of the size of the possible gains from a safe and efficacious coronavirus vaccine. With a whole host of other COVID-19 vaccine racers nearing the finish line, I'd strongly recommend weighing the third company on this list of biotechs as an investment instead.