Shares of Dave & Buster's (NASDAQ:PLAY) jumped 13.2% in October, according to data from S&P Global Market Intelligence, after giving some positive news to investors. Shares have continued to rise in November, moving 7.8% higher in the first week of trading.

Management gave an operational update mid-month and said comparable sales were down 62% in September after falling 75% in August and 87% in the second quarter. So revenue trends are heading in the right direction. Some stores still aren't open, but the ones that are continue to see operational improvement. 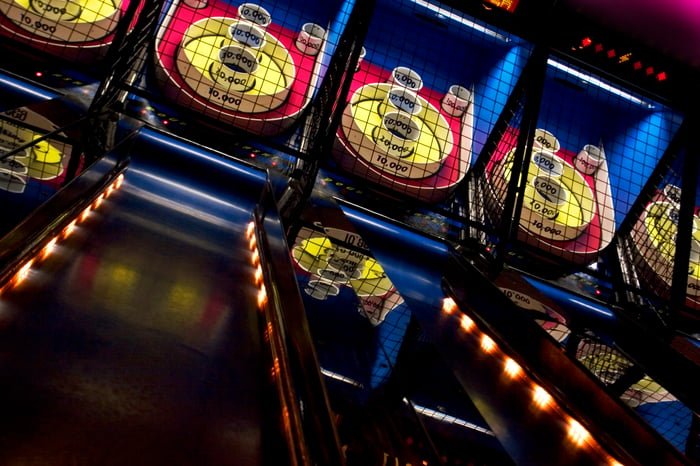 Late in the month, Dave & Buster's completed a $550 million debt offering of 7.625% senior secured notes due 2025. That funding will give the company enough time to get back to normal operations, potentially sometime in 2021.

The first thing restaurant and entertainment companies have to do in 2020 is survive, and that's what the reaction in October and early November is all about. The operation improvement is encouraging and the additional funding will provide some cushion as well. It's not at all clear if revenue will return to pre-COVID levels at Dave & Buster's, but bullish investors are holding on to the possibility that this consumer discretionary stock is on the road to recovery.