Regulatory initiatives from the Chinese government are shaking up the country's technology sector. Top companies Alibaba (NYSE:BABA), Tencent, Xiaomi, Meituan, and JD.com saw their combined market capitalizations decline by more than $280 billion in Wednesday's trading session on the Hong Kong Stock Exchange, according to CNBC.

On Tuesday, China announced a new set of regulatory guidelines aimed at curbing large internet monopolies. Traders reacted by selling the country's large tech stocks the following day. China has had relatively close relations with many of its tech leaders, but it looks like the country is putting measures in place that could limit growth opportunities for some players in the space. 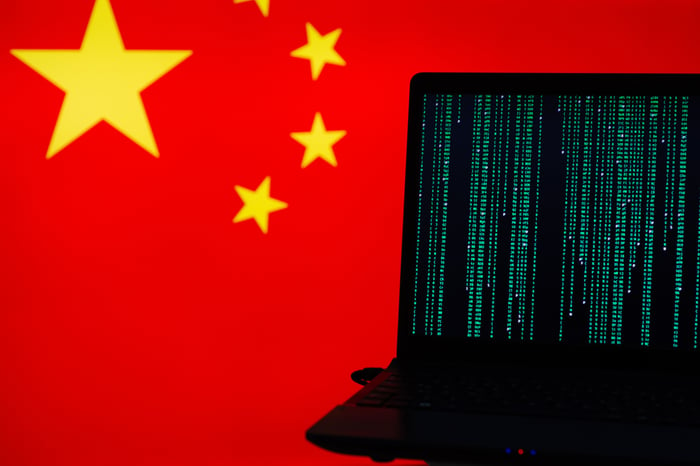 The sudden shift in the regulatory climate kicked off with the surprise postponement of Ant Group's initial public offering (IPO) earlier this month. Ant Group was scheduled to have its IPO on Nov. 5, but it was suspended indefinitely after senior management was summoned for interviews by regulators. Prior to its IPO delay, Ant was on track to have the biggest initial public offering in history with expected funding of $34.5 billion on opening day.

Alibaba controls more than half of the country's e-commerce market. It also owns a roughly 33% stake in Ant Group. Regulators may object to the influence Alibaba and other companies yield over consumer and financial activity in the country. Ant's Alipay mobile payment service is deeply embedded in Chinese digital life, with roughly 700 million users.

Ant's delayed IPO and the prospect of increased government scrutiny have cut Alibaba's valuation, and there are mounting signs of potential challenges for other large Chinese tech companies. The sector could continue to see volatile trading in the near term as investors wait for more information.