This should come as welcome news to defense contractor Lockheed Martin (NYSE:LMT), which manufactures the fifth-generation F-35 fighter jet, and to Honeywell (NASDAQ:HON), which provides engines and other components to General Atomics' MQ-9 series Reaper drones. 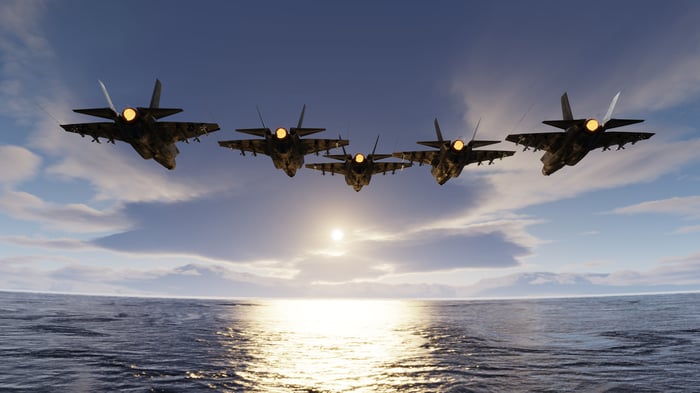 The sale comes on the heels of the Aug. 13 Abraham Accords, a joint statement by the U.S., United Arab Emirates (UAE), and Israeli governments in which relations between the UAE and Israel were officially normalized.

If approved by Congress, it would be the first sale of potentially lethal unmanned aerial equipment to any Arab country. The UAE would also become the first Arab country to receive the latest version of the F-35, which is viewed as the most advanced stealth fighter jet on the market. The authorization would approve the sale of up to 50 F-35s for about $10.4 billion and up to 18 MQ-9 Reaper drones for roughly $3.0 billion.

While this will represent a first for the region in terms of receiving the most advanced U.S. military technology, the UAE military has had Chinese drones for years and an existing fleet of U.S.-made F-16 fighter jets. Still, the sale is significant enough that the Trump Administration told Congress it "will alter the regional military balance" if approved.

Although some members of Congress have expressed concerns, the sale seems likely to go through after the required 30-day waiting period. The big question is whether the Trump administration will approve additional arms sales on its way out the door.