Investors in analytics software company Alteryx (NYSE:AYX) probably weren't pleased when their shares fell nearly 20% the day after its Nov. 6 earnings report. While Alteryx actually beat analyst estimates during the third quarter, its forward guidance left something to be desired. In fact, Alteryx guided for revenue declines of 4% to 7%.

Alteryx and other software companies trade at high multiples compared to the market in anticipation of long-term growth, so a revenue decline is unexpected. However, there are several good reasons Alteryx investors shouldn't be too worried about the near-term revenue forecast. 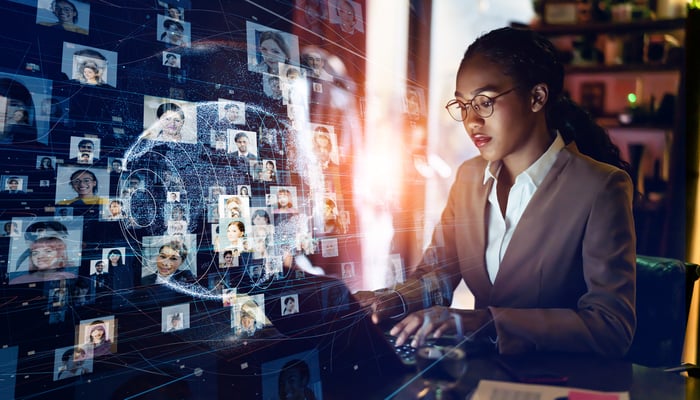 If you're new to Alteryx, you might not know the strange accounting rules by which the company must report earnings. Without getting into the nitty-gritty, Alteryx has to record 35% to 40% of its total contract value for deals upfront, with the rest recognized evenly over the remainder of the term.

With the pandemic causing lots of uncertainty among customers, many new and renewed contracts are being booked at shorter durations, which is affecting recognized revenue.

Fortunately, the company has also begun disclosing its annual recurring revenue metric, which corrects for the accounting distortion and is probably more indicative of revenue. While revenue is projected to decline 4% to 7% next quarter, ARR is supposed to reach $500 million exiting 2020, which would actually mark about 30% growth. Additionally, customer growth has been consistent every quarter, with the third quarter customer count up 24% and a net expansion rate of 124%.

These are probably the metrics investors should look at. Fortunately, the company gave preliminary guidance for 25% ARR growth next year as well. That seems more in line with a typical SaaS growth rate.

A second reason for optimism is Alteryx's new CEO, Mark Anderson. Leadership transitions create uncertainty, but can also rejuvenate growth. I recently spoke to CFO Kevin Rubin, who noted that founder and Chairman Dean Stoecker, who led the company for 23 years, started crafting succession plans soon after Alteryx's 2017 IPO. Rubin was thrilled that Anderson had taken the job.

Anderson has actually been on Alteryx's board of directors since 2018, when he was the president of Palo Alto Networks (NYSE: PANW). At Palo Alto and an earlier position as a sales leader at F5 Networks, Anderson had a strong record of success generating sales growth and scaling up those businesses into industry leaders.

Anderson appears enthusiastic and sees lots of growth opportunities for Alteryx. On the conference call with analysts, he said:

Building and scaling world-class teams and evolving organizations to align with market trends and increasing customer demand is something that I'm not only passionate about, but it squarely leverages my experience. In my short time here, I've already identified a number of opportunities to simplify and streamline the current organization by building an execution framework to optimize resource allocation and expand global operations. This will allow us to deliver more innovation faster. It's a familiar playbook for me.

While there are some near-term growth concerns due to the pandemic, Alteryx still has a big opportunity ahead if Anderson and his team execute. Alteryx usually lands a relatively small initial deployment with a company analyst looking for an improvement over manual Excel-based processes. This eventually expands to other departments, gradually moving all the way up to the Chief Data Officer.

According to Rubin, Alteryx has only penetrated about 1% of the 54 million data workers out there, and even within its current large enterprise clients, Alteryx use is still well under 10% of the potential penetration. That means Alteryx may only be somewhere in the second inning of its growth trajectory, despite the recent growth deceleration.

While the enterprise software space is not exactly cheap, Alteryx currently trades at around 15 times this year's projected ARR, on the lower end of many of these next-gen cloud data software companies. While the team will have to execute under its new CEO, given the opportunity ahead of it, investors may want to keep Alteryx on their watchlist after the post-earnings swoon.