The stock market can be unpredictable, changing so fast that it leaves investors' heads spinning. But the long-term investor knows that the best way to build wealth is to focus on companies with solid underlying fundamentals and a robust core business that aligns with their personal buying philosophy and strategy.

Finding the winning buys among the duds has been no easy task this year, but the following three stocks have been piping hot. Let's take a closer look at the drivers and detractors these companies have faced in 2020. 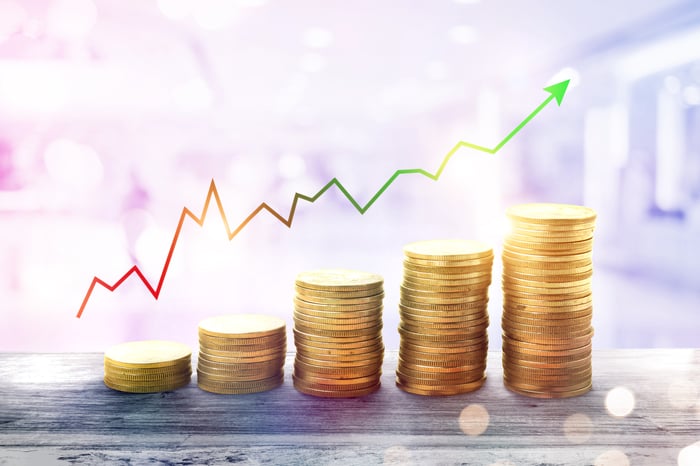 Cloud computing services provider Fastly (NYSE:FSLY) has been very popular with investors navigating the coronavirus stock market -- shares of the company are up by nearly 290% from January. Currently, the company trades well under $100 at about $77 per share, after the stock dropped by roughly 38% during the final half of October following a mixed third-quarter earnings report.

First, let's take a look at some of the not-so-great numbers from Fastly's Q3 earnings report, which it released on Oct. 28. The company's third-quarter operating losses amounted to $23 million, considerably higher than the $13 million operating loss the company suffered in the third quarter of 2019. The company's adjusted earnings before interest, taxes, depreciation, and amortization (EBIDTA) of $800,000 also represented a significant decline from the $5 million reported during the same stretch last year.

Fastly's Q3 performance was severely impacted when its top client, TikTok, removed the lion's share of its traffic from the company's platform earlier this year. Management stated that TikTok was responsible for nearly 11% of the company's total revenue during the first nine months of 2020, and that "based on the continued turbulence of the situation, we anticipate the traffic reduction to continue into Q4, as reflected in our guidance." While management lowered its 2020 revenue guidance from its previous target ($290 to $300 million), the company is still projecting sales between $288 million and $292 million for the full year. Fastly's total revenue for 2019 was approximately $200 million.

But the news wasn't all bad, and there were also some notable bright spots in Fastly's third-quarter earnings release. The company reported impressive top-line growth in the quarter -- 42% on a year-over-year basis. It increased its customer count from 1,951 in the year-ago quarter to 2,047, and reported a net retention rate of 122% for the three-month period. Fastly's cash position also far exceeds its total outstanding liabilities, which gives the company some wiggle room in the face of lower expected revenues. The company reported $310 million in cash and cash equivalents as of Sept. 30, while total liabilities came to $96.4 million. If you don't mind waiting out some short-term volatility, now could be a great time to buy the dip on this stock.

Marijuana stocks haven't had an easy year, but a few stocks have managed to stay ahead of the curve. Aphria's (NASDAQ:APHA) price is certainly tempting if you're looking for a cheap stock. It currently trades just above its January price at about $6 per share. Don't get me wrong -- a cheap price in and of itself doesn't make a stock a good buy. But given Aphria's continued top-line growth during the pandemic and the possibility of more pro-marijuana legislation under a Biden presidency, there is an argument to be made for buying now before shares of the Canadian company before they potentially spike.

During fiscal 2020, which closed on May 31, Aphria reported a 307% gross revenue spike attributable to adult-use cannabis, with overall gross cannabis revenues up 129%. In the first quarter of fiscal 2021, which concluded on Aug. 31, Aphria's net cannabis revenues were up 103% compared to the same period in fiscal 2020. The company also managed to lower its cash cost for the production of dried cannabis by a slight 1% from Q4 fiscal 2020. Aphria has plenty of cash to weather any near-term market headwinds -- the company closed the first quarter of fiscal 2021 with 400 million Canadian dollars in cash and cash equivalents compared to CA $166 million in current liabilities. Pot stocks tend to be riskier buys in general, but Aphria has been one of the brighter stars in the marijuana space this year.

Although Starbucks (NASDAQ:SBUX) hasn't had the best year, management is gearing up for the holiday season and projects sparkling growth numbers for fiscal year 2021. During fiscal 2020, Starbucks reported a 14% drop in its worldwide comparable store sales, while its consolidated net revenues of $23.5 billion represented an 11% reduction from 2019. By the conclusion of FY 2020, management reported, "approximately 98% of our global company-operated store portfolio was open, with 97% in the U.S. and 99% in China, as well as 99% in Japan and 97% in Canada."

Looking ahead to FY 2021, Starbucks is anticipating an entirely different story. Management projects comparable store sales growth between 18% and 23% for the full year, and is targeting full-year consolidated revenues in the range of $28 billion to $29 billion. The company is also slated to open more than 2,000 new store locations in the fiscal year.

Starbucks is the only company on this list that pays a dividend. The stock, which currently trades for around $95 per share, has a yield of just under 2%, which is right in line with that of the average company on the S&P 500. If you're looking for a dividend-paying stock and are willing to ride out some immediate bumps in the road, Starbucks could be a profitable egg to have in your basket of stocks.