DoorDash has at long last filed the public version of its S-1 Registration Statement with the SEC, nearly nine months after submitting a confidential version to the SEC. The leading food delivery platform has opened its books for prospective investors ahead of going public through an IPO. The upcoming debut comes as Grubhub (NYSE:GRUB) is preparing to be acquired by Just Eat Takeaway.

The company plans to list on the New York Stock Exchange under the symbol "DASH." Here are four things for prospective DoorDash investors to know. 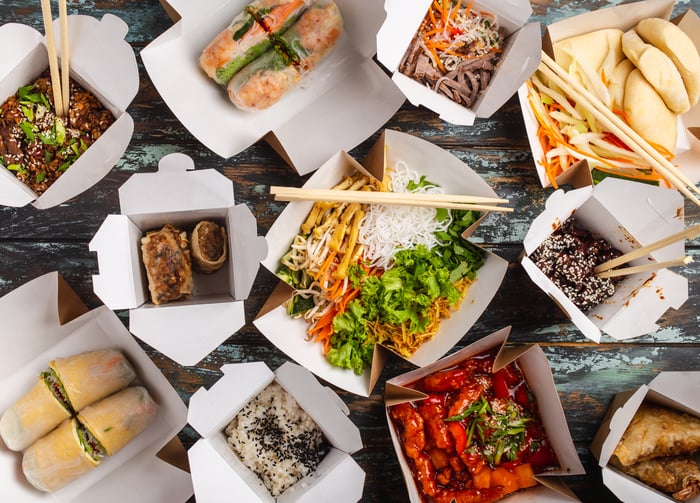 Orders are skyrocketing during the pandemic

Unsurprisingly, DoorDash has seen a surge in demand for food delivery throughout the COVID-19 pandemic. Marketplace gross order value (GOV) in the first three quarters of 2020 skyrocketed to $16.5 billion, compared to just $8 billion for all of 2019. 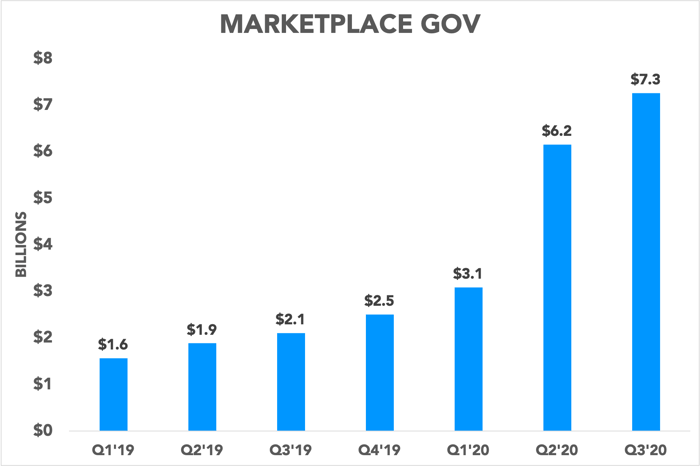 Despite the boom in demand, DoorDash continues to lose money -- save for squeezing out a modest $23 million profit in the second quarter before swinging back into the red in the third. The company's overall net loss so far this year has been $149 million.

DoorDash has historically had three different share classes: Class A shares receive one vote each, Class B shares are entitled to 20 votes each, and Class C shares get no votes at all. There will be no outstanding Class C shares after the offering is completed, while the Class B shares held by co-founders Tony Xu, Andy Fang, and Stanley Tang will give them outsize voting power.

Furthermore, Fang and Tang are expected to grant Xu irrevocable voting proxy over their shares, according to the filing. That will almost certainly give Xu, who currently serves as CEO, complete control over DoorDash. The company has not specified how many shares it hopes to sell, but the three co-founders that are still with the company -- the fourth co-founder, Evan Moore, left years ago to become a venture capitalist -- collectively hold 41.8 million Class B shares (836.2 million votes).

Relying on contractors until robots arrive

Like other gig economy companies, DoorDash doesn't treat its army of contract drivers, known as Dashers, as employees. Doing so would substantially increase costs, as the company would have to pay for a variety of employee benefits like health insurance and paid time off, among others.

Gig economy companies would rather spend money fighting that classification: DoorDash, Uber (NYSE:UBER), and Lyft joined forces to spend $200 million during this election cycle to successfully pass Proposition 22 in California, which exempts the platforms from a reclassification law that the state recently passed.

Similar to other gig economy companies, DoorDash would rather use robots than human drivers. The company has invested in autonomous and drone delivery technology, both directly and through partnerships with other companies. DoorDash partnered with GM's Cruise in early 2019 before proceeding to acquire autonomous driving start-up Scotty Labs a few months later.

Both the food delivery and ridesharing industries rely heavily on promotional activity since the underlying service is mostly commoditized. Companies in these sectors compete aggressively on price in a race to the bottom.

DoorDash currently spends more on sales and marketing than direct peers. Uber's figures include both its ride-hailing business and its Uber Eats food delivery segment.

"We use the vast majority of our sales and marketing and promotions spend to bring new consumers to DoorDash and to encourage their repeat use of our platform," DoorDash writes.

DoorDash overtook Grubhub as the No. 1 food delivery platform in the U.S. in mid-2019 after spending lavishly on promotions. It's probably not a coincidence that DoorDash spent a whopping 101% of revenue on sales and marketing expenses in the first quarter of 2019, just a few months before it became the market leader.

The ridesharing industry has acknowledged that it needs to pull back on promotions in order to "rationalize" the market. It's unclear if food delivery platforms are fully appreciating that lesson, but DoorDash's marketing expenses are undoubtedly declining as a percentage of revenue.