Verizon (NYSE:VZ) and Apple (NASDAQ:AAPL) recently announced a new program aimed at encouraging mass adoption of 5G and phones that can connect to it -- specifically, Verizon's recently debuted nationwide 5G network and the 5G-ready iPhone 12. If you're at all interested in investing in 5G, and Verizon's and Apple's fates in the 5G race, in particular, the new program could be a big deal.

A 5G value proposition to enterprises

The new program, dubbed "5G Fleet Swap," is aimed at large organizations that utilize a mobile network in their operations. The specifics are pretty simple: For enterprises that operate a "fleet" of employee smartphones, a no-cost upfront trade-in on all the phones for brand new iPhone 12s is now available. The offer is valid for those companies moving over from another network carrier, as well as existing Verizon customers. 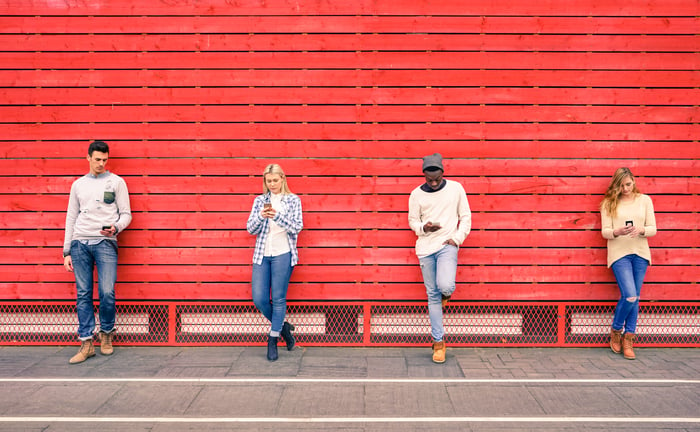 The rationale is pretty obvious for Verizon. Up until it finally debuted its nationwide 5G network (trailing nationwide rollouts at T-Mobile and AT&T), its focus in the 5G race had been aimed at businesses and fueling "digital transformation" with its new super-fast, low-latency but limited-range service. Clearly, big accounts are still a key focus. In fact, in tandem with the joint announcement with Apple, Verizon also said 5G has been installed inside General Motors' new Factory ZERO all-electric vehicle assembly plant. Honeywell also tapped Verizon for 5G in its new headquarters in Charlotte.

Besides spurring on growth in net new subscribers for Verizon, "5G Fleet Swap" could be great news for Apple, too. It's been well telegraphed that iPhone revenues have been mostly stagnant for a couple of years. Apple's been making hay off of its services segment, anyway, but 5G represents an opportunity to squeeze some expansion out of its flagship device. Getting a handful of large enterprises to adopt the iPhone 12 across all employee phones could do the trick.

This could be big news for Apple enterprise-software provider Jamf (NASDAQ:JAMF), too -- assuming a number of companies take up Verizon and Apple on their offer. More Apple devices for business use is the primary thesis for Jamf, so it, too, is worthy of mention after Verizon's first-of-its kind trade-in announcement.