Cronos Group (NASDAQ:CRON) and Canopy Growth (NASDAQ:CGC) are two marijuana companies that have been around since Canada first legalized medicinal marijuana in 2013. Since their inception -- and especially since Canada legalized recreational use in 2018 -- both companies have developed into large-scale producers with leading market shares.

Now that pot legalization is picking up steam in the U.S. as well, marijuana investors are wondering whether the two mavericks can replicate the successes of their premium pot brands down south. Today, let's look at which of these two high-flying marijuana stocks is the better fit for investors' portfolios. 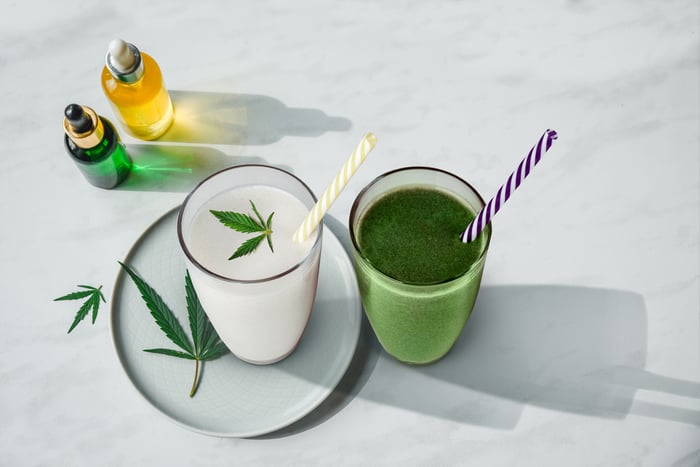 Canopy Growth is among the top two marijuana growers in Canada, with a 15.5% market share in dried cannabis and a whopping 54% market share in marijuana-infused beverages. For its U.S. expansion efforts, the company is pursuing a multi-front approach. Canopy Growth has it all -- flowers, pre-rolls, CBD oil, gummies, and even marijuana-derived beer products as part of a billion-dollar partnership with Constellation Brands (NYSE:STZ).

Its financials speak in favor of its strategy. During the second quarter of 2021 (ended Sept. 30), revenue was up 77% year over year to CA$133.3 million. The marijuana producer's margins also drastically improved, with gross margins jumping from 5% back in Q2 2020 to 19%. It also lost CA$250 million less than last year, at a cash burn rate of CA$190.4 million per quarter.

Good-performing companies usually have expensive valuations, and Canopy Growth fits that bill well. The company currently trades for over 24 times revenue but just 2.4 times its net assets. This indicates that the company's future expansion and growth are mostly priced into the stock.

Whether Canopy Growth can live up to the hype is up for debate. For now, let's look at how it compares to Cronos.

To scale its operations in North America, Cronos received a $1.8 billion investment from tobacco giant Altria Group (NYSE:MO) for expansion efforts. Cronos is focusing its attention on bringing hemp-derived CBD oil, skincare products, and supplements to the U.S.

The company is more than ready for this endeavor. Right now, it has approximately $1.3 billion in cash and equivalents on its balance sheet. That's very disproportional (in a good way) to its cash use, which stands at just $36 million per quarter.

In its Q3 2020 (ended Sept. 30) earnings release, Cronos doubled its revenue to more than $11 million from $5.8 million in Q2 2019. As with Canopy Growth, however, Cronos' upcoming expansion is largely baked into the stock price. The company trades at more than 70 times price-to-sales. Interestingly, its market cap is only about 1.4 times larger than its net assets.

It's clear that investors expect both Canopy Growth and Cronos to make a lot of money in the near future. Both companies are trading for ludicrously high price-to-sales multiples, and are losing money while their net asset multipliers are very low.

Even though Cronos's revenue growth rate is higher, I would argue that Canopy Growth is the better choice. The company has a more dominant position in the Canadian marijuana market and is on track to profitability. It is also more likely to succeed in its U.S. expansion efforts thanks to its diversity of brand choices. For investors leaning toward Cronos, I would wait and see if it can put its billion-dollar cash balance to good use via capital expenditures before taking a position.