Shares of Micron (NASDAQ:MU) gained as much as 5% today after two Wall Street analysts increased their price targets. Deutsche Bank and Mizuho Securities both reiterated buy ratings on Micron stock. As of 2:11 pm, EST Monday, shares were up 3.8%.

Deutsche Bank analyst Sidney Ho increased his price target from $60 to $70, arguing that Micron is a strong recovery play as the world gets closer to defeating the coronavirus and the global economy bounces back. Demand in key markets like data centers and 5G smartphones will rebound, which will benefit Micron. Memory pricing is also expected to improve and boost margins heading into next year, according to Ho. 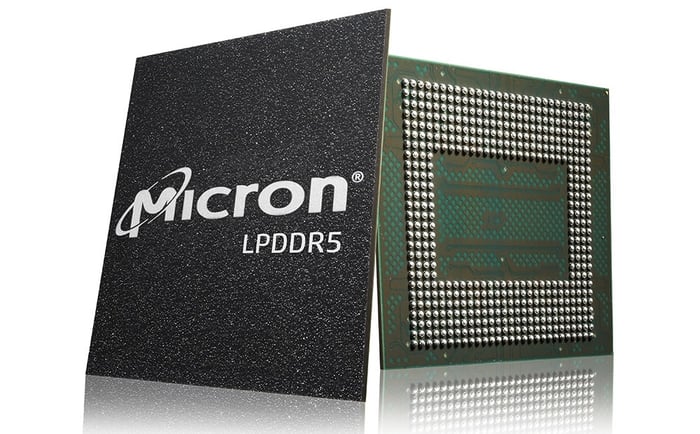 Mizuho analyst Vijay Rakesh boosted his valuation estimate from $56 to $70, similarly pointing to a strong recovery in demand for data center servers after conducting checks and surveys with Micron customers. The analyst is anticipating a "faster than expected rebound in cloud hyperscale demand" as early as the first quarter of 2021. Tech heavyweights Facebook and Microsoft are likely to boost data center capital expenditures in the first quarter, in Rakesh's view, which will help chip suppliers like Intel and AMD but also memory specialists like Micron.

Micron shares fell in late September after reporting fiscal fourth-quarter earnings results, in part due to cautious commentary that management offered. The company warned that margins would be under pressure over the next two quarters as the product mix shifted toward NAND memory, but conditions are expected to improve thereafter as 5G smartphone volumes ramp up and data centers start to transition to higher-performance memory.