We don't know how many different rare diseases there are right now that need better treatment options, but Alnylam (NASDAQ:ALNY) is chipping away at the stone with a jackhammer. The company successfully launched its first rare disease drug last spring and already expects a fourth new drug approval by the end of 2020.

Alnylam's shown us its RNA interference platform is capable of churning out dozens of successful new drugs, but the science behind its drugs isn't the only ingredient in the company's sauce. Alnylam's also pioneering a win-win-win solution for rare disease drugmakers, the patients relying on them, and risk weary end payers. 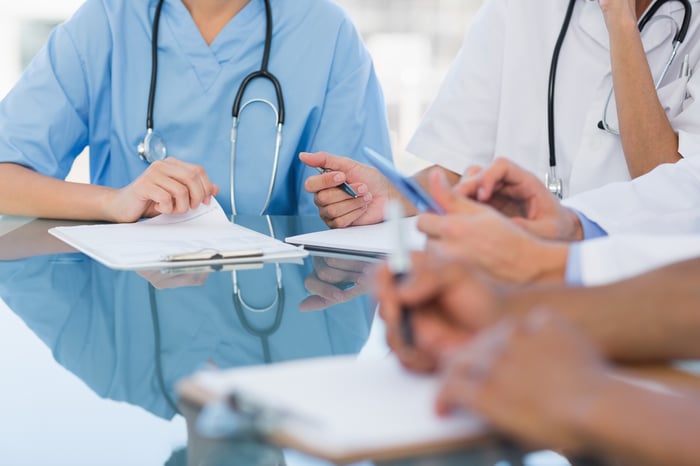 There's an inverse relationship between drug prices and the size of their addressable patient populations. This is because developing a drug meant for sale to just a few thousand people each year isn't much less expensive than developing drugs meant to treat millions.

Alnylam's latest treatment to earn approval, Oxlumo for patients with primary hyperoxaluria type 1 (PH1) will net the company around $380,000 per patient per year. Insurance companies and governments that ultimately pay for Alnylam's rare disease drugs are more eager to sign on than you might expect, thanks to the company's forward-looking approach to accounting for sales of rare disease drugs.

Most people born with PH1 begin developing kidney stones at an early age and often rely on organ transplants to reach adulthood. Dosage and pricing vary with patient weight, so Alnylam set caps on the maximum number of vials payers can expect to pay for while ensuring patient access for everyone.

Less than 2,000 people are expected to receive a PH1 diagnosis in 2020, but people with rare diseases that lack available treatment options have a tendency to emerge from the shadows once one becomes available. To soothe insurance company concerns about budget reliability, Alnylam has enacted a plan to lower the price of Oxlumo over time if the number of PH1 diagnoses exceeds expectations.

Alnylam's forward-thinking solutions for easing patient access to its treatments have clearly been a success. The company's first drug to earn approval, Onpattro, launched in the summer of 2018. Sales of the high-priced treatment for patients with progressive nerve damage caused by transthyretin-mediated (TTR) amyloidosis are already on pace to reach $300 million in 2020.

Alnylam launched its second rare disease drug, Givlaari at the beginning of 2020 for a rare condition called acute hepatic porphyria. At the end of the third quarter, sales of Givlaari had already climbed to an annualized $67 million and are expected to peak at $5500 million annually. 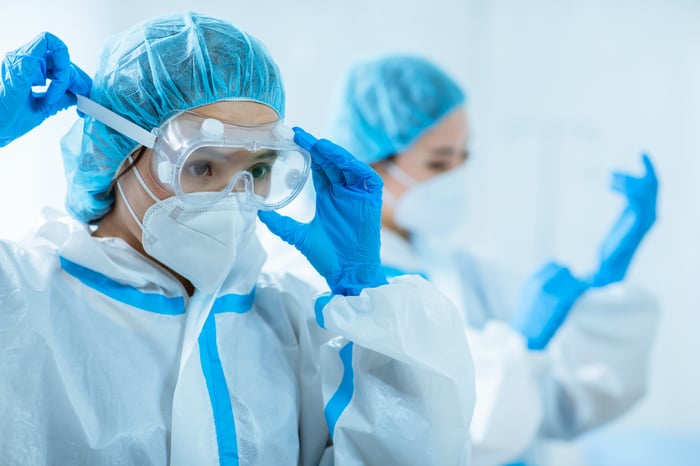 Annual sales of Givlaari and Onpattro are expected to reach a combined $1.5 billion by 2025 and the company could begin 2021 with its fourth source of revenue. By the end of the year, the FDA is expected to make an approval decision regarding a cholesterol-lowering treatment that Alnylam discovered for a company that Novartis (NYSE:NVS) acquired for $9.7 billion last year.

In 2021, we should see results from phase 3 studies with a treatment for TTR amyloidosis called vutrisiran, which is much easier to administer than Onpattro. In the first half of 2021, Alnylam's collaboration partner Sanofi (NASDAQ:SNY) will present results from a phase 3 study with fitusiran, a potential new treatment for patients with hemophilia, a rare bleeding disorder.

Alnylam's mid-stage pipeline could deliver a new drug for millions of Americans with persistent hypertension despite multiple lines of blood-pressure-lowering treatments. Results of a 60-patient human proof-of-concept study recently showed a single injection of ALN-AGT led to meaningful blood pressure reductions by knocking down circulating levels of angiotensin (AGT).

Patients that received ALN-AGT had AGT levels that fell more than 90% compared to those given a placebo and the knockdowns persisted through the first 12 weeks of observation following just one injection. It's still early, but this candidate has potential new blockbuster drug written all over it.

Alnylam boasts a market cap of around $15 billion at recent prices, which a high price to pay for a company not expected to generate more than $1 billion in annual revenue until 2022 at the earliest. With multiple potential blockbusters in development, and a track record that proves the company knows how to launch a new drug, though, Alnylam stock is probably worth the risk right now.

This article has been updated.