Fastly (NYSE:FSLY), Moderna (NASDAQ:MRNA), and Tilray (NASDAQ:TLRY) are three stocks that have been on a tear for much of November. Despite calling different sectors "home," they all share the common goal of building shareholder value.

Indeed, shares of the cloud computing service provider, the coronavirus vaccine drugmaker, and the medical marijuana company are up close to 23%, 110%, and 52% over the month, respectively. For comparison's sake, the S&P 500 was only up about 9.4% over the same 30 days.

And I think these stocks' rallies are far from over. In fact, the three companies are all at pivotal stages where they are poised to break even higher. Let's look at why they are fantastic choices for investors' portfolios in December. 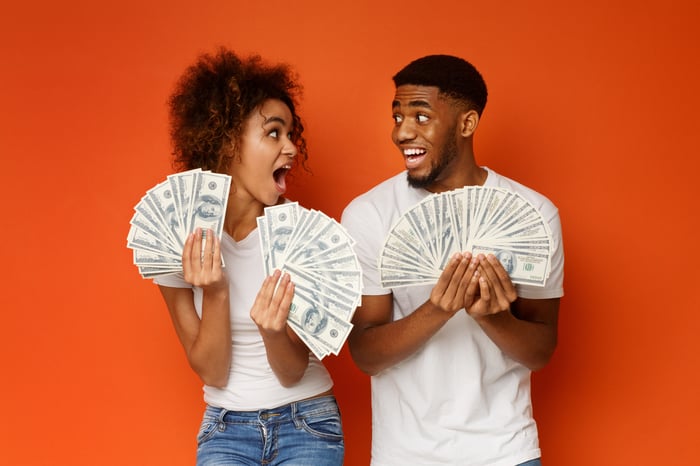 Fastly stock has taken a beating this year. Down over 30% from all-time highs in October, investors began liquidating holdings after ByteDance (the creator of TikTok) pulled the plug on its use of Fastly's cloud computing solutions.

The move was largely due to uncertainty surrounding whether or not the Trump Administration would ban the app in its entirety or force it to change hands to a U.S. owner. President-elect Joe Biden has also not been explicit about what he plans to do with TikTok after the transition process. TikTok accounted for 12% of Fastly's revenue for the first half of 2020.

The good news is that investors are starting to discover that Fastly stock is a buy regardless of whether it can get ByteDance back. In its third quarter 2020 (ended Sep. 30) earnings release, Fastly disclosed that it grew its revenue by 42% year over year to $71 million despite the loss of TikTok as a client. For 2020, the company expects to generate $300 million in revenue, a 50% increase over the $200 million it brought in 2019.

88% of Fastly's customers are enterprise clients spending an average of $753,000 on its computing services. The company also grew its consumer base to 2,047 from 1,951 in the same period last year.

Fastly's technology is cutting edge. Right now, the company's network handles more than 106 terabytes (TB) of data processed per second, up from 58 TB/s in third quarter 2019. It has a net retention rate of 141% during the past 12 months, up from 136% in second quarter 2020. This indicates that customers are not only satisfied with using Fastly's platform, but they are also spending more on its services.

Lastly, the company is close to breaking even while simultaneously growing its sales. As of third quarter 2020, Fastly's net loss improved from $0.09 per share last year to $0.04. Overall, Fastly is an outstanding stock, and its recent TikTok hiccup represents a fantastic buying opportunity.

Moderna is a top performer in the coronavirus vaccine race. During third quarter 2020, the company recognized $1.1 billion in deferred revenue for pre-orders of its experimental coronavirus vaccine, mRNA-1273. That candidate would go on to achieve 94.5% efficacy in a placebo-controlled phase 3 study with no serious safety issues.

mRNA-1273 is currently awaiting approval by multiple regulatory agencies around the world, such as the U.S. Food and Drug Administration (FDA) and the European Medical Agency. The company expects the vaccine candidate to be available by the end of the year, or first quarter 2021 at the latest.

Since the company priced its experimental vaccine between $25 to $37 per dose, it is almost a guarantee that Moderna will achieve at least $8 to $12 billion in revenue within the next year. The company is also looking to scale its production capacity to between 500 million doses to 1 billion doses by the end of 2021.

That all bodes well for a company with a sensitive $44 billion market cap. Moderna also has $4 billion in cash and equivalents as it brings its vaccine candidate to the market. This is definitely a breakout stock investors interested in biotech do not want to miss out on.

Tilray is one of the most reputable global marijuana companies that has -- like many of its peers -- fallen on hard times. Due to intense competition in the Canadian marijuana market and an oversupply of cannabis, Tilray has discontinued its bulk sale marijuana segment in Canada.

In its third quarter 2020, Tilray's sales were virtually unchanged from about $51.4 million last year. If it were to exclude its one-time effects of ending a revenue segment, then its cannabis sales would have grown 25% year over year. Luckily, international sales of Tilray's medical marijuana is growing rapidly, especially in Germany. This metric grew by 42% from the year-prior period to $8.1 million.

The one key accomplishment so far this quarter lies in its aggressive cost-cutting measures in response to a changing market. Right now, Tilray's operating loss less non-cash items (EBITDA) stands at $1.5 million. That is significantly less than the $21.9 million EBITDA loss for third quarter 2019 and $12.3 million for second quarter 2020. In addition to cutting costs, Tilray is taking other steps to address its financial health. Back in the third quarter, the company repurchased close to $200 million of its convertible debt at about a 40% discount to their fair value.

Tilray is proving that it plans to make a strong turnaround. Its valuation is also quite decent, at 4.4 times revenue and 5.4 times book value. Should the company return to growth in the near future, I'd expect its stock to and enrich marijuana investors.